Log in with Facebook
or
Wrong email address or username
Sign up
Already on BookLikes? Log in!
Incorrect verification code
Please, check your email, the code to access your BookLikes blog was sent to you already.
Enter code:
« Back Send
back to top
Search tags: sexy-books 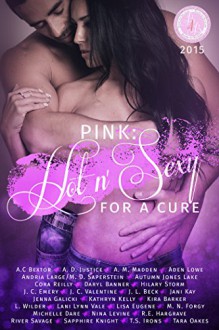 I was gifted an ARC, in exchange for an honest review... Thank you Nina Levine.

Although I was gifted this, I will definitely go out & buy the Anthology, as this cause is close to my heart. I would love to thank everyone who has submitted their scene for this great cause. Some of the authors are new to me & others I couldn't wait to jump back into the work they do. I found myself even after reading 1 scene, in need of a break, that's how hot & scorching they are... but after 5 really hot scenes, I had to read something a little tamer to be able to continue with these.

I really enjoyed reading the scenes...
"Storm" by Nina Levine, where we got to read a hot new scene from J & Madi, WOW was it hot! Something that ALL Storm MC fans will love. EEEEEEEEEKKKKKK
"The Gift" by River Savage, where Sy & Holly celebrate Sy's birthday with an extra special gift. I will say that Holly know's how to choose Sy's gift.
"Falling Star" by Jani Kay, where Ryder & Jade celebrate their first year together in a scene recreated by Ryder. Damn it was HOT!!

Really they were all just as good as the next that I read, I found a few new authors to find & follow. 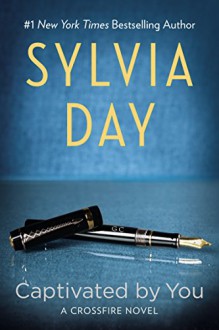 Some good moments, some boring ones, a whole lot of frustration and annoyance. This book is a curve ball alright, at times it felt like a lot of things where piled together in order to compile a fourth book and some points it flowed really well.

The dual POV help in shedding light on some issues with Gideon and some people that surround him got more attention which help to understand them a bit. It got annoying how much he thought of Eva and how much he loved her, he obsessed over her a lot. Eva was as usual consumed by Gideon all the time and nothing really happened in this book.

At least I was entertain somewhat. 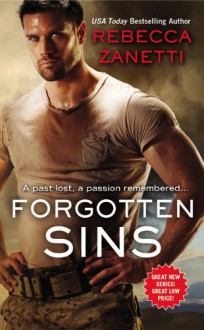 I have mixed feelings over this book, I like some scenes and felt the concept was good but there was just... too much going on. We had at least four different plot points going on at once and they sort of competed for attention.

I also do protest the way the heroine was kidnap so much, it would have nice to have some sort of other scenario but as it stands she is kidnap like 3 times in the book and two of those times where one after the other. I dunno if I will read the rest, it would probably come down to price. 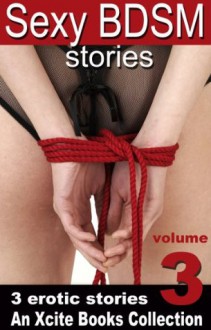 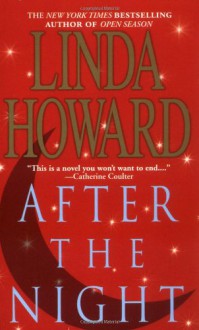 I really enjoyed this book.I know shocker! I thought I would hate it, I really did but it was good.

I am so happy that I actually like it I feel like this merits a celebration. Howard did some good writing in this one and I really like Faith, she was a strong woman with vulnerabilities that made her sweet and approachable. Gray started out as this rich entitled asshole but I understood his anger when things went wrong, I doubt I would have reacted any better in this situation he was placed in. His sister, Monica, however has no excuse, she is one of the most self centred characters I have read in a long, long time. Everything was about her and what she was feelings, I was kind of upset that at the end she was going to marry the town's sherrifs. She was going to make that poor man miserable.I kind of had to forgive a the book a few things and I blame it all for having been written in mid nineties. Faith has this little brother whom she cares for and he has exceptionalities and he is often referred to as "retarded" and I was really offended when I read it. I wish Howard had left it out instead of introducing something so delicate as an exceptional kid and then killed him in the storyline.

I was also kind of creep out when Grayson confesses to Faith in bed that he wanted her when she was fourteen. Yes, you read that right, they where having sex and Faith confessed to having been infatuated with him as a child and he confesses that he found her attractive when she was fourteen. It was a creeptastic moment for sure and even if Gray never touched her or made any advances on Faith when she was a young girl it made me uncomfortable.I decided to forgive the book this things based on the time it had been written. I would like to think that the author honestly didn't know any better when she wrote it like that but the rest of the book was fine. I even found the sex scene well written, the ending was a bit cheesy but that was fine too.