Log in with Facebook
or
Wrong email address or username
Sign up
Already on BookLikes? Log in!
Incorrect verification code
Please, check your email, the code to access your BookLikes blog was sent to you already.
Enter code:
« Back Send
back to top
Search tags: short-storiesnovellas 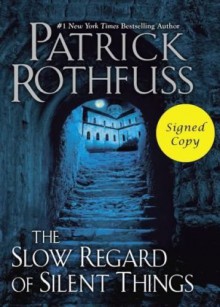 My first book of the year was one that was forced upon me by the threat of the library ripping it off of my eReader before I had even a chance to begin. It seems like a good opening for a beginning.

The novella is ... unique. I wouldn't recommend it for someone who hasn't read at least The Name of the Wind (which is excellent). It's good to have some background or you are going to get lost quickly.

This is Auri's story. Not her complete story, but her story. What does she do in the course of a week? How does she interact with the world around her? That is what you see, and it is enchanting.

"But this was not a time for begging favors from the moon. Not now. She could not rush and neither could she be delayed. Some things were simply too important."

For a story without dialogue or traditional characters, I found myself invested into this girls life. I have questions, as you do in the Kingkiller Chronicles, but never did I imagine 'Would the gear ever find a place?' would be one of them. I was so damned worried about the gear! I haven't been that emotionally attached to something inanimate since the many rewatchings of Disney's Beauty and the Beast.

In addition to the story, there is some lovely artwork scattered throughout. With these and with the ethereal prose, it almost feels like a old world fairy tale. Just one without a definite end.

I enjoyed it though and was glad that this was the forced beginning to my book reading 2015.

Something Strange and Deadly, #0.5

For fans of: Gothic, Horror, Romance, YA, Novellas/Short Stories

Daniel Sheridan is an engineer’s apprentice on a haunted Mississippi steamer known as the Sadie Queen. His best friend–the apprentice pilot, Cassidy Cochran–also happens to be the girl he’s pining for … and the captain’s daughter. But when it looks like the Sadie Queen might get taken off the river, Daniel and Cassidy have to do whatever they can to stop the ghosts that plague the ship.
Fortunately, there happens to be a Creole gentleman on board by the name of Joseph Boyer–and he just might be able to help them …

At first I wasn't going to write a review about this, but with me about to binge read the last two in this series, I thought it was only right.
I really liked Something Strange and Deadly when I read it with Epic Reads. So much so that I didn't want to read the second book because I could already tell this was one of those series I did NOT want to wait forever for the ending. Now that the last one is coming out next week, I plan to read through these super quickly.
I liked this novella because it gave me some background on Daniel Sheridan. When I read Something Strange and Deadly I was super upset that there weren't that many swoony moments in it. Well that were reciprocated anyways. And I couldn't understand why. Eleanor was definitely a catch and Daniel was very smart and (from what I read) very good looking. But then I read this and I finally understood what the problem was. He was still in love with someone else. It was definitely heartbreaking seeing him lose that person that he loved. But with all that time that passed between them, I can only hope that they can pick things back up when they meet later on.
I also liked the plot. For this to be a novella, it was well thought out and well developed. And man, I the scares in this one were almost just as bad as the first. I think that's what I loved about this one. For it to be only 150 pages, I learned a lot about a character and got one really great background on how the Spirit Hunters" were brought together. All while staying entertained. Not once did it feel like an info dump.
Susan Dennard did nothing but get me more excited to finish out this series. This small slice into Daniel's life was just enough for me to know him and love him more!
Overall, I give this 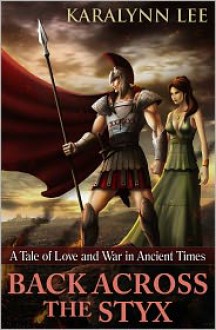 I was on a five hour flight today and decided to give this one a try. I believe it was on a Dear Author daily deal a while back so I took a risk. I like Greek mythology. I really liked the dark hunter series when it first started out, and personally have been craving a good Hades/Persephone story (Seriously. Anyone know of any?)

Anyhoo, enter this book. This novella is about Bion, the son of Hades and Persephone and Myrrine, a girl who was born in Charon's boat and so he keeps her since she didn't have a coin to pay.

This story is kind of all over the place. There is a plot surrounding the 300 Spartan's killed at Thermopylae being taken out of the underworld and the heroine is kidnapped kinda but then really isn't and Bion is there too and it's okay I guess.

My biggest problem is nothing is every really fleshed out. Things are glossed over, characters not really developed. It's very telling and not showing.

The premise was good. I think it would have worked as the start of a longer novel, but the way it stands it was just a decent way to entertain me for 1/5th of my flight. 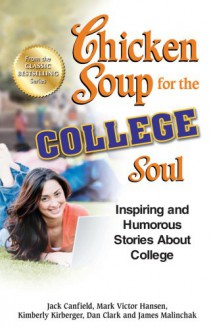 When I was a teen, I used to read these cover to cover. Now I use them more as random stories for when I have short amounts of time.

I liked this, especially as I was graduating. It was a great book for college and would be a good gift for someone graduating high school 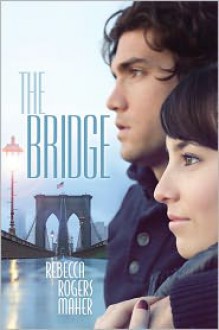 Romance novels and suicide are not things that I would normally throw together. That's why when I read the premise for this book, I had to know how that worked. This novella (about 90 pages on my nook) is about two people, Henry and Christa, who both independently decide to pick that night to jump off the Brooklyn Bridge. They meet at the top and neither feels like they can go through with it now knowing that the other person would as well, and thus do nothing to save this strangers life.

They decide to do a sort of 24hr thing to convince the other that they should not kill themselves. They each pick three places to go together and the story stems from that journey.

I thought that this was done remarkably well and fit the length to a tee. I like how the story was structured as it moved throughout the day. I liked the alternating POVs. I liked that Henry and Christa were both real people with real problems that weren't belittled or cured by the power of lurve.

It's was totally worth my $1.99 (a price, I am not going to lie, I struggled with. I normally don't try new authors out for more than .99 nor pay for unknown length novellas at greater than that either). But I am glad I did. I did think the ending came a little out of left field, but I can see why it was written that way, and I did literally pull over after I deplaned, wheelie bag and all to just stand in the airport finishing the last few pages.

It was a great story of real people, and I don't want to say too much because you have all you need to know to see if you would want to read it or not. This could be a trigger for some people I would think, but I really liked it. It was a risk that paid out for me. I will definitely be checking out more from Maher in the future!