Log in with Facebook
or
Wrong email address or username
Sign up
Already on BookLikes? Log in!
Incorrect verification code
Please, check your email, the code to access your BookLikes blog was sent to you already.
Enter code:
« Back Send
back to top
Search tags: short3-101-150-pages 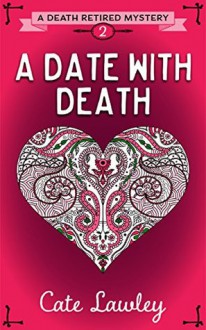 Geoff Todd is retired. Ok, so he was a soul collector. It’s still a job, right? And he retired though he still has one foot still in the magical world, so to speak. He had no idea when he picked a community to retire to that it would be thick with magical people. He’s mostly mortal, but he retains a little bit of magic. He also shares his home with an unusual cat. Clarence is a huge pain in his ass, but he’s been asked to keep an eye on him and they are slowly coming to terms with their co-habitation. Then there’s Sylive. Ah, Sylvie. Geoff really likes her, but he’s from the 1940s and is clueless about nearly all things modern. Including dating. That leaves Clarence to give him dating advice. What could go wrong? Scratch that.

This is a great quick read with lots of paranormal goodness, a talking smartass cat, other magical people and creatures, and a budding romance. Oh, and ghosts. Geoff and Sylvie’s first date does not go as he planned. Not in any way. But what did he expect when he’s surrounded by magic and sometimes mayhem? It’s been a couple of years since this story so I’m not sure if this series is going to continue, but I hope it does. I’m looking forward to more. 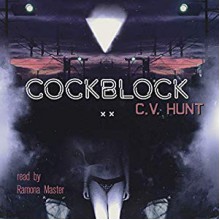 Sonya and her partner Callie are going out for their date night when things go horribly wrong. Men, all men, are behaving incredibly badly. They are spouting terrible pickup lines and sexually assaulting women. Sonya and Callie take refuge in the restaurant where they were going to have their date, but there are men raping a woman there. Gathering their courage they take care of the assholes and rescue the woman. But this is just the beginning of a terrible nightmare made real.

Wow. How scary is this? There are plenty of men out there in real life who behave like these assholes all the time. In this book, ALL the men are doing it and out in the open. They’re like walking dick zombies. All they can do is fuck women and they don’t care if the woman is dead either. Ewwww. What starts it all? An announcement by the President over all air waves. Well, isn’t that just peachy? The Prez just started an apocalypse. Totally something his predecessor didn’t do. What a bigly “winner” that fucker is. I feel bad for guys who aren’t assholes getting sucked into the deranged idiot’s apocalypse just because he has a Y chromosome. I wish there were pockets of resistance taking out the ones doing all the damage. Oh, well. In the end, the ones responsible get what they deserve. Amanda Meyers was kicked out of her medical program when three people died after she had seen them. With the rep of the grim reaper following her around the higher ups didn’t want her near their patients. So, she gets recruited to the FBI’s Paranormal Cases Division and partnered with Special Agent Rick Rowling. Rowling has a reputation, too. But he’s allowed to be eccentric when he’s rich and connected. So, Amanda begins her new career and goes with the weird flow because she has a mountain of student debt to repay even though she’ll never practice medicine.

This is a quirky and humorous paranormal mystery that will give a bit of light entertainment should you need it. Amanda is funny, but Rowling is just a tad annoying. However, the overall story is decent if a bit too much like a paranormal Stephanie Plum. I enjoyed it enough that I would continue on with the series. I don’t normally read non-fiction, but I found this on someone else’s book list/post/blog (sorry I can’t remember which or who) and felt it extremely relevant in these dangerous times. Because they are dangerous. It’s unreal to me that Hitler isn’t that far back in our history, a mere blip in the entirety of Earth’s history, and yet it seems as if we are making the same exact mistakes that Germany and others did back in the 30s & 40s. Totally unreal. I’m not sure if having the internet and access to social media is good or bad, but I’m leaning towards good so that those fighting for democracy can reach more people. But the vast amount of disinformation out there being shared with and by people who don’t know what the fuck they’re talking about, not to mention those who do not have the best interests of the many in mind, is needless to say, alarming.

Our government is corrupt. It’s been corrupt for decades now and the only good thing to come out of Trump’s presidency is that more and more people have finally woken up to the fact we’re getting royally screwed by the people who are supposed to be working for us. US. The citizens of the United States of America. Because, I’m just going to say it, Americans have gotten lazy as fuck. Me included. Combined with loss of funding for essentials such as education we’re also raising Americans who are dumb as fuck. Yes, I said it. Lazy and dumb. Just what our government wants us to be so they can keep lining their and their buddies pockets with more money than they could ever spend in 3 lifetimes.

I’m going to put this out there, it may sound crazy, but I don’t care. I think Russia wants to be the new Roman Empire, taking over the majority of the world. They seem to be playing the long game and sustaining themselves by eating the elephant one bite at a time. And we’re stupid enough to let it happen. Shame on us. But it hasn’t happened yet and we really need to make sure the lessons from the past follow us into the future. Short memories will get us killed. I recommend this book to everyone.