Log in with Facebook
or
Wrong email address or username
Sign up
Already on BookLikes? Log in!
Incorrect verification code
Please, check your email, the code to access your BookLikes blog was sent to you already.
Enter code:
« Back Send
back to top
Search tags: stuff-I-wrote

What is it about a paperback that still feels more real than an ebook?

Is is the weight? Is is the smell? Is it the way that I can now stroke Brady's face without accidentally turning the page on my Kindle?

Whatever it is, you can now do it as well. Dark Space is out in paperback! You can pick it up here from Amazon. 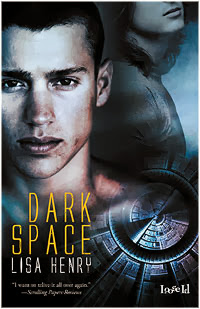 In other news, The Boy Who Belonged is now live on the Loose Id website. No cover art yet, but I'll be sharing that as soon as it's done.
Twenty-one year-old Lane Moredock finally has a normal life. Six months after he was wrongly made a suspect in his parents’ Ponzi scheme, he’s settled down with his older boyfriend, Derek, and is working and attending school. But his happiness is threatened when his mother launches a Christmastime PR campaign to help appeal her prison sentence, and asks introverted Lane to be part of it.
Derek Fields has his hands full taking Santa photos, bird-sitting his sister’s foul-mouthed macaw, and helping Lane prepare for a television interview neither of them wants him to do. As he eases Lane through his anxiety, he worries that Lane sees him as a caretaker rather than a boyfriend, and that their age difference really does matter. He and Lane compensate for the stress in their lives by taking their D/s relationship to new levels--a relationship that Lane’s mother insists he should be ashamed of.
As Christmas draws nearer, the pressure builds. Pushy elves. Snarky subs. A bad fight. A parrot in peril. How the hell is Derek going to give Lane a perfect Christmas when the Moredock legacy threatens to pull them apart before the new year?
The Boy Who Belonged is scheduled for release on December 17.
Dark Space stuff I wrote The Boy Who Belonged upcoming projects
Like Reblog Comment
show activity (+)

Okay. So time for some news!

Firstly, the awesome Heidi Belleau and I have signed a contract with Riptide for our m/m novel set in post-apocalyptic Dublin. It's called The King of Dublin, and it's heavy on the violence and the non-con. Why is it that the most violent and depraved things are also the most fun to write?

The King of Dublin is about Darragh, who journeys from his home village in Cork to Dublin, and gets tangled up in the gangland wars and power struggles of the self-proclaimed King of Dublin, and with the king's pet slave, Ciaran. Hilarity ensures. No, wait, I don't mean hilarity. I mean bloodshed and trauma. 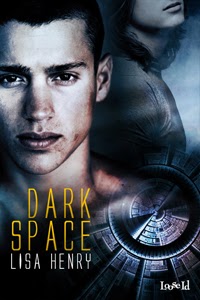 In other news, Dark Space will be coming out in print soon from Loose Id! Yay! I'm always so happy when trees die on my behalf.

And in other, other news, if any of you guys are on Twitter and have been following J.A. Rock and me, you might have noticed our fairly aggressive fights about spelling, bears, and confectionary. This is because in Mark Cooper Versus America, our hero Mark is constantly banging his head against the wall of cultural misunderstandings.

Well, in the course of writing Mark Cooper Versus America, I might have thrown in a line about having to try everything once...even s'mores. And then I confessed to J.A. that I had no idea what s'mores actually were. And the more she tried to explain, the more confused I got. WHAT THE HELL IS A GRAHAM CRACKER?

Last night I got home from work to find a parcel waiting for me. It contains:

4. a book about avoiding bear attacks

...and handwritten (and illustrated) instructions on how to make s'mores. 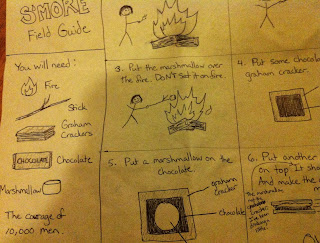 Guess what I'm doing this weekend? It's sometimes scary when you open that email from your publisher that says "cover art".

Will it be okay?

Will it be what you wanted?

Will it fit the story?

Will it be everything you desperately hoped it would be, after you agonised for hours about how to distill the tone of the book down into a few simple paragraphs for the artist to interpret?

Opening that email is scary.

But artist Amber Shah knocked this one out of the park!

Can't wait until I can share some of the story with you guys! So, I'm not actually going to review a book I wrote. Seems kind of pointless, right?
If you read it, I hope you like it.

But if you want to ask me anything about He Is Worthy, here's the place to do it. So, I'm not actually going to review a book I wrote. Seems kind of pointless, right?
If you read it, I hope you like it.

But if you want to ask me anything about Tribute, here's the place to do it.