Log in with Facebook
or
Wrong email address or username
Sign up
Already on BookLikes? Log in!
Incorrect verification code
Please, check your email, the code to access your BookLikes blog was sent to you already.
Enter code:
« Back Send
back to top
Search tags: styles 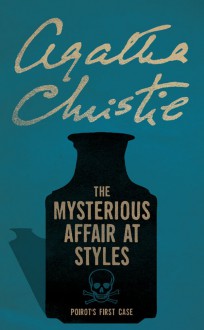 This was fun! Poirot seemed awfully subdued at first, but before long he was back to primping and excitedly twisting his mustaches. Lots of misdirection, and I suspected every single character at one time, and was *still* surprised at whodunnit. But it was not a cheat! Only 2 complaints: one is that there are just too darn many characters to keep up with, but I suppose that’s the whole point with this sort of mysteries. I don’t think I could have kept up with them all if I had been listening on audio. The other, practically inevitable in a book written in 1920, is some racial/ethnic slurs. 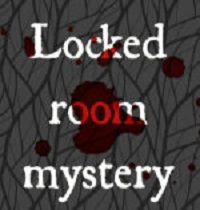 I read this book for the Booklikes Halloween Bingo 2019, for the square Locked Room Mystery: a subgenre of detective fiction in which a crime (almost always murder) is committed in circumstances under which it was seemingly impossible for the perpetrator to commit the crime or evade detection in the course of getting in and out of the crime scene. This was, literally, a murder committed in a locked room. 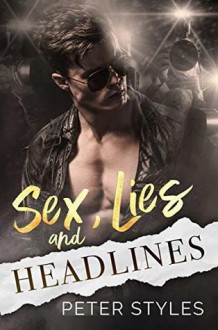 Simon had one night with the man of his dreams.  Knowing he will never see him again, he tried the number given only to find it fake.  Jokes on both of us, what we felt was real.
Luke has thought of nothing else in the six years since he had Simon all to himself.  He is saddened by the fact Simon never called him.  Living a life in the public eye, he feels lonely and that he can never trust anyone completely.
This story was very gripping.  A tale of two souls who should have been together and lost so much time.  I was seriously caught right away and had to know the end.  I give this a 4/5 Kitty's Paws UP!
Contemporary Sex review Headlines MM mm romance celebrity lies Actor journalist peter KU peter styles styles sexliesandheadlines sex lies and headlines peterstyles
Like Reblog Comment
show activity (+) 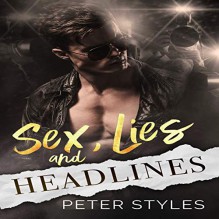 Simon had one night with the man of his dreams.  Knowing he will never see him again, he tried the number given only to find it fake.  Jokes on both of us, what we felt was real.

Luke has thought of nothing else in the six years since he had Simon all to himself.  He is saddened by the fact Simon never called him.  Living a life in the public eye, he feels lonely and that he can never trust anyone completely.

This story was very gripping.  A tale of two souls who should have been together and lost so much time.  I was seriously caught right away and had to know the end.  Lucky for me, the story was no too long to listen to and was a real challenge for each character.

The narration was done well and the obvious inflections helped to know the person changes.  The tonal quality overall was good and it ended well for me.  I give this a 4/5 Kitty's Paws UP!

****This audiobook was given in exchange for an honest review only. 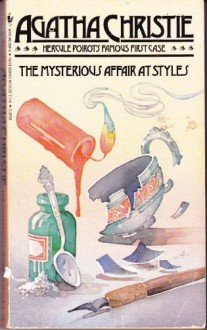 Christie starts not with a crime but with people—the narrator, Hastings, and his friendship with John Cavendish. Each person she introduces is vivid, whether likeable or not, eccentric or conventional, and enough of the characters are likeable that she makes sure the reader cares what happens. There’s also sufficient tension around the household before the murder that she keeps the reader alert to what might go wrong.

The book is a puzzle; the characters make it a puzzle worth solving. Every event is woven into the main plot. Every relationship is relevant. There aren’t subplots, only red herrings. The reader is able to keep up with Hastings in his attempts to solve the mystery, but not Poirot, and the limited point of view is effective.

I did find the success of a particular disguise questionable; I doubt it would have looked realistic no matter who was wearing it. But that was the only weakness in the whole story.

WWI is in the background, part of the general setting and yet also essential to the plot. Without the war, Poirot, a Belgian, wouldn’t be in England. Cynthia probably wouldn’t be working in a hospital dispensary. Hastings wouldn’t be ‘invalided out” of the service and visiting John. And yet the book doesn’t feel ninety-nine years old. A few things the characters say are jarring to current sensibilities, but overall, it’s aged well. The medicines of the time are fascinating. The language is polished and spare, which no doubt contributes to the book’s vitality as it approaches a century in print. 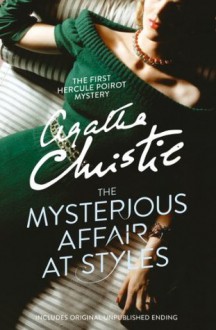 Now more than 100 years old, "The Mysterious Affair At Styles" still feels modern, partly because of its playful tone and partly because it redefined the whodunnit.

I read my first Agatha Christie book two years ago, starting at the wrong end of both Christie's and Poirot's career with "Elephants Can Remember", the fortieth and last Poirot book. It was written in 1972 when Agatha Christie was in her eighties and it seemed rather faded to me. Since then I've read another six Poirot books, the best of which was "The Murder OF Roger Ackroyd" and the worst was "Appointment With Death" that I abandoned part way through.

Along the way, I've become intrigued by Christie's not always sympathetic relationship with the "funny little Belgian" that she wrote forty novels about. I decided the best way to follow the relationship was to start at the beginning with the first Poirot book, which was also Christie's first book "The Mysterious Affair At Styles".

Although it wasn't published until 1920, Christie wrote "The Mysterious Affair At Styles" in 1916 in the middle of World War I, when she was twenty-six years old.

I was delighted to find that the book, although more than one hundred years old, feels fresh and modern. This is partly achieved by using the narrator, the young Captain Hastings, returned to England to recover from his injuries, as a comic device. Hastings is an educated, slightly naive, upper-class Englishman, with a weakness for auburn-haired young women, whose grasp of the situation is never quite as firm as he thinks it is and whose belief in his own insight significantly exceeds his ability.

Hastings provides the perspective of an absolutely conventional Englishman of good breeding. It is through his eyes that we see Poirot, a strange little Belgian man with an egg-shaped head, small feet and lustrous moustaches who is already described by the young Hastings as old.

I was surprised to find that this Poirot is a refugee, dependent on the generosity a benefactress, a wealthy older woman who is the chatelaine of the local big house. He is not yet a man of substance in England, although, rather conveniently, as an ex-Belgian senior Police Officer he is known to Detectives in Scotland Yard and has a prior acquaintance with Hastings.

I found this piece of humour at Hastings’ expense is wicked but irresistible. Poirot is speaking to Hastings of the cleverness of the as yet unidentified murderer:

‘There, mon ami, you will be of great assistance to me.’

I was pleased with the compliment. There had been times when I hardly thought that Poirot appreciated me at my true worth.

And I wavered between laughter and exasperation at Hastings' weakness for young women. Here he is investigating a murder, probably looking for a poisoner, probably from a fellow houseguest, when Cynthia, the young and pretty FULLY QUALIFIED PHARMACIST WITH  A COMPREHENSIVE KNOWLEDGE OF POISONS asks him to go for a walk with her.

As soon as they're alone:

"With a sigh, Cynthia flung herself down, and tossed off her hat.

The sunlight, piercing through the branches, turned the auburn of her hair to quivering gold.

`Mr Hastings - you are alway so kind and you know such a lot.`

"It struck me at this moment that Cynthia was really a very charming girl! Much more so than Mary, who never said things of that kind".

Apart from the way Christie plays with Hastings, the thing that makes this novel feel modern and which must have been ground-breaking in 1916, was the way in which the mystery unfolds.

There is an abundance of suspects, all of whom Hastings' expressed ill-thought-through opinions of, but no obvious front-runner for the role of murderer. We see Poirot collect clues but we don't know what they mean. Poirot refuses to explain to Hastings (or us) instead, challenging us to look again and see the truth. This was an innovative form of story-telling in 1916.

The ending of the book introduces that now familiar concept of the detective gathering all the suspects together in one room and delivering the Great Reveal. The audiobook edition that I listened to included the published Great Reveal ending and an earlier draft which had a slightly clunky exposition of the facts in a court setting. The decision to move from the Court to the Great Reveal launched one of the most popular tropes of detective fiction.

Although the book feels modern, it still gives insight into a world that would be mostly lost by the end of World War I, with the English Upper Class still seeing themselves as ruling an Empire.

Hastings' report on the upper-class family of the murdered old chatelaine at breakfast on the morning after her death is a splendid example of people who, during the slaughter of World War I, wore their manners as tightly as a whalebone corset.

Under the circumstances, we were naturally not a cheerful party. The reaction after a shock is always trying, and I think we were all suffering from it. Decorum and good breeding naturally enjoined that our demeanour should be much as usual, yet I could not help wondering if this self-control were really a matter of great difficulty.

Hugh Fraser does a sterling job as the narrator for the audiobook. Click on the SoundCloud link below to sample his work.