Log in with Facebook
or
Wrong email address or username
Sign up
Already on BookLikes? Log in!
Incorrect verification code
Please, check your email, the code to access your BookLikes blog was sent to you already.
Enter code:
« Back Send
back to top
Search tags: sydney-sage

Have you ever heard of the Myers-Briggs Type Indicator? If you haven't, I provide some links. If you have, I make some predictions as to what personality types Bella, Edward, Katniss, Peeta, Gale, Tris, Four, Rose, Dimitri, Adrian, and Sydney are. Do you agree with them? Do you do something similar? 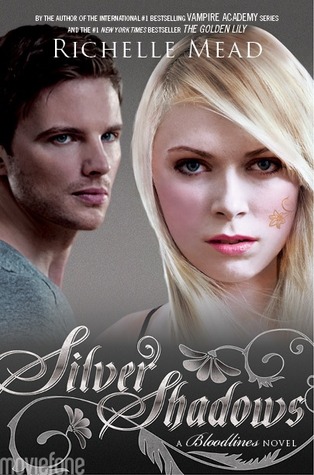 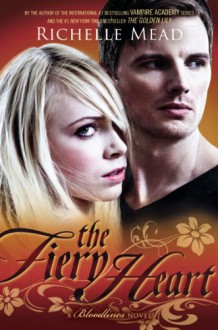 I have two major complaints about this book. Zoe and Neil. Two characters introduced for the soul purpose of being annoying and boring. Although Neil did provide some new material for Adrian, Zoe just spent her entire time ANNOYING THE SHIT OUT OF ME!!
In fact, I think Adrian sums it up pretty well within only the first chapter...
"The newest addition to the group was Neil Raymond aka Tall, Proper, and Boring."
"Zoe had been sent recently as an apprentice and had become a huge pain in the ass for hiding our relationship."
Yep.
Thats it.
Their entire roles in this story summed up in two lines.
ANYWAY...
We get Adrian's POV.

You definitely feel the love in this book. I was all warm and fuzzy inside every time Sydney and Adrian were together. Especially when Adrian was dropping lines like this...
"Relax, having kids is years away. But can you imagine? Your brains, my charm, our collective good looks... then add in the usual physical abilities dhampirs get.

It's really not even fair to everyone else."
Let's face it... I pretty much spent the entire book in this sort of state,

On a serious note, if there's one reason for you to pick up this book after Indigo Spell it's this,
MALACHI IS BACK!!

That, and Mead does manage to skilfully handle a number of issues from relationships and sex to addiction and body image.
So why only 3 stars?
I love this series. I really do, and as a whole I'd recommend these books to everyone. I just didnt find this book to be as gut wrenching and page turning must-know-how-it-ends-right-now-ish as the others. I love that Sydney and Adrian are now together, but I'd be lying if I said I didn't miss all that tension that the previous 3 books provided.
In conclusion, the ending was HORRIBLE if not a little predictable and as far as cliffhangers go it's all pretty dam frustrating.
I will definitely be picking up book 5 (does it even have a title yet?).
Adrian Ivashkov Review Richelle Mead Sydney Sage Sydrian The Fiery Heart
Like Reblog Comment
show activity (+)

Wowee wow wow! What a CLIFFHANGER! I'm going to be pounding the figurative floors waiting for Silver Shadows!

Adrian Ivashkov... I'm not sure I'm as upset as others with the changes I see in him. He is absolutely different from the Adrian from Vampire Academy, but I'm alright with that. The Adrian in that series, and the start of this one, was depressed and fighting the effects of spirit by unloading on vices like smoking and alcohol. As sexy as he was I was always turned off by the constant smell of liquor and smoke that was always described as lingering around him. He sounded and smelled completely unhealthy. This Adrian is taking control and cleaning up, but without losing that brooding artist that I loved. I fall in with the characters who feel that it suits him. As far as his protectiveness and how that's different from previous books, well sure. In Vampire Academy Rose didn't need protecting, she was a warrior. In that world he was the protectED not the protectOR. With Sydney it's different. He feels like she's weaker than he is, it brings out that dormant part of him. He says it himself, "I'm not a violent person, Sydney. Not at all. I'll make love over war any day. But I swear, if they'd hurt you-". I think, push comes to shove, even a passive person can understand that. I love him. He's part 1 of why I love Bloodlines more than Vampire Academy. (I think I said all that in the last review, but it's still relevant for this one, so I'll repeat myself. haha.)

Part 2 of why I love Bloodlines more than Vampire Academy is Sydney herself. Again, it's probably repeating myself, but I LOVE that she's not a fighter. It's not to say she won't try to defend herself, because that would piss me off. And I'm not advocating for wimpy girls who always want to be rescued. Sydney is extremely capable without being a fighter. She's smart. She thinks and plans. Her way of fighting is cerebral, and it's just as integral as those who hold the silver stakes. I'll never be a brawler, but I'm smart, and so I can appreciate a character with those strengths. (And I love that Adrian is just as attracted to her brain.)

The group on the side, I'm sitting here trying to put them in order of who I like more. I want to say Trey, then Eddie, Neil last. And I guess I would stick with that, but at the same time I keep thinking of great things that they all do, and I like all of them. It's the same with Angeline and Jill. I don't dislike any of them. (Not like I was annoyed with Lissa in the VA.) Angeline is hilarious! Jill is sweet.

Zoe, yeah. Hate her. Like seriously. But I won't elaborate. You'll see.

"Not everything about me is cute."

That's true.  Some things are cute.  The rest are sexy."  His voice was low as he leaned toward me.  "So amazingly, agonizingly sexy that it's a wonder I can get anything done when all I ever think about is the taste of your lips and the touch of your fingertips on my skin and the way your legs feel when I-"

We reached for each other at the same time.