Log in with Facebook
or
Wrong email address or username
Sign up
Already on BookLikes? Log in!
Incorrect verification code
Please, check your email, the code to access your BookLikes blog was sent to you already.
Enter code:
« Back Send
back to top
Search tags: the-holy-bible 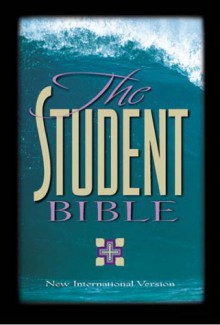 I finally got the Bible read, start to finish, with the help of the daily reminders from the Our Daily Bread app.  The prophets were tough, although I liked Ezekiel and Malachi.  Leviticus and Deuteronomy just about drove me crazy with all the rules of offerings/sacrifices repeated over and over and over and over...  Just being honest.  But all in all it was so worth it!  Happy New Year to you! 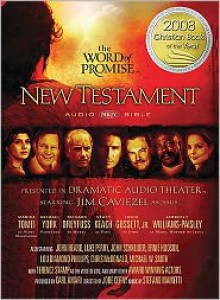 I think this is the best deal on Audible. I'm not a believer whatsoever, but I always appreciate opening up my world to different viewpoints.

Science is indeterminate. A basic statement that is shown to be factually wrong doesn't mean that the whole edifice is incorrect. It just means that within the whole edifice there is a misunderstanding somewhere within the web of belief ('epistemic holism'). For example, within Quantum physics there is no cause and effect, superposition and duality exist (particle is both a wave and particle at the same time). Each of these are against the fundamental laws of logic, but it doesn't mean that all of physics is wrong. It just means there is a misunderstanding somewhere.

I started with the Old Testament but that was sort of a mistake. I found it tedious beyond belief and gave up on this audio book. In the mean time, I read "On the Nature of Things" (written slightly before Jesus) and that made me want to listen to the book of Ecclesiastics (by far my favorite book in the Old Testament) and that made me realize how pleasant this audio book could really be.

The Acts of the Apostles is probably the most important book in the bible for its historicity (at least that's my opinion, and I suspect Wiki would say so too). The story as spoken really flows beautifully. I never really picked up on that as I had previously would just randomly read pieces of the New Testament but never really read it cover to cover as it really needs to be in order to fully understood. I never realized how intelligent The Book of Hebrews was (I would say it's the most intelligently written of the New Testament books, and Wiki seemed to support that too).

My only point is that by listening to this version of the Bible one really gets to understand the Bible as a whole and gets a feeling for why it's such an interesting book. Reading it never gave me that perspective the way listening to this has (when I read I take the feeling out, but listening puts it back in for me).

Paul seemed to have gotten repetitive in his Epistles. He seemed mostly to talk about what he believed not necessarily what he thought was truth as such. He doesn't seem to think women are the equal of men, slavery seems to be okay, a whole lot of people are "deserving of death" (fornicators, drunkards (too bad for me), idolators, and others). A lot of his arguments appeal to the Old Testament truth of Adam and Eve. There is definitely a belief in prophecies (don't go to Jerusalem or you'll be arrested warned a person and they took it seriously), and the Holy Spirit can kill if you lie about holding back money while giving to the Church (or Peter and James).

Everyone who believes has their strong beliefs about the bible. I don't believe therefore I don't have a strong opinion regarding the bible one way or another, but I really enjoyed this version of the Bible because I got a peek into why it means almost nothing to me except for helping me to better understand Western Civilization since it had such a large role in forming our civilization and who we became. Also, I would recommend this audio version for any one including believers as well as non-believers because it flows beautifully together as a whole and allows one to listen fairly fast thus helping understand the book as a whole not in pieces as often happens when one reads the Bible on ones own.
Like Reblog Comment 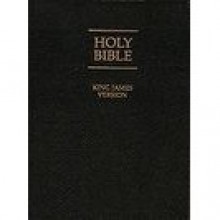 Since the Pope is coming to my city, I figure it’s fitting to do this book.  I’ve even read the whole thing.  It’s actually not bad at all.

The Bible has been banned for a variety of reasons.  It conflicts with the established religion, it was translated into English (can’t have the underlings know what it says), and even that reading in a school would violate separation of church and state.

I really don’t understand that last one.  For awhile, until a lawsuit brought by a group connected with another school in a totally different state, my public high school had a Bible study group and a gospel choir.  I never felt pressured either way.  I don’t know if there was a Korean study group or a Jewish study group.  Most likely there was.  I only know about the Bible study one because a friend went once.

But, for the record, I’m a Christian, so maybe I’m just using my privilege.

Of course, I have also read a good portion of the Koran as well as various other religious and holy books simply because I am a reader and because to attempt to understand a culture, an idea, a history – one does have to know religion.

But for me, the greatest sin against the Bible is when people like Kim Davis try to use it to deny people their humanity.  That pisses me off.  Maybe it’s because I had someone tell me she was a Christian and not Catholic (she didn’t worship the pope, you see) and then she couldn’t tell me what Christian meant.  I am seriously tired of people using the Bible to justify banning of things and people.

Because if we going down that road again, we should go down the whole road, shouldn’t we?  This means back to Old Testament days.  That kill the wife if she was raped, slit the goat’s throat days.  Slavery is fine days.

So how come everyone forgets about Jesus and adulterous women.  We are not supposed to cast rocks unless we are without sin.

Even Jesus didn’t consider himself without sin, if you read John.

Perhaps instead of banning the Bible, we should force people like Kim Davis to actually read it. 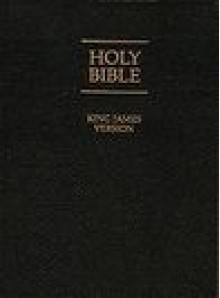 Haha.I don't even know what to write. Have to read this for school and it took quite a long time.

Like
- Eh, I thought this book would be an amazing thriller: lots of deaths, rapes, wars, sacrifices, etc. Sounds exciting, no?
- Some accurate historical facts.

- Okay, religious views aside, this book was poorly edited and just seemed like a bunch of books put together in one, zero character development, a bunch of bias, too long to get the point across, etc. Somehow I highly doubted most of the people who rated it 5 stars didn't actually read all of it.
- How the hell is this the best - selling book of all time?
- Extremely boring.
- I hate the characters. All of them. Especially Lot aka the dude who offered up his daughters to be gang raped.
- Lacks consistency.