Log in with Facebook
or
Wrong email address or username
Sign up
Already on BookLikes? Log in!
Incorrect verification code
Please, check your email, the code to access your BookLikes blog was sent to you already.
Enter code:
« Back Send
back to top
Search tags: the-silent-children Max Albrecht does not have a close relationship with his mother, in fact, his mother's friend Vivienne raised him most of his childhood.  So, when Max receives a letter from his mother telling him that she is dying along with the hope that Max will help her uncover the mysteries behind a chilling picture, he is surprised.  The picture is of his mother, Annabell and a childhood friend, Oskar.  On the back, the words you knew. Max doesn't make it to his mother before her death; however, having spent an unsettling night in his childhood home in Vienna, Max decides that the picture must be looked into.  The deeper Max goes, the more disturbing secrets he uncovers and the more the house seems to rebel.


This was a really interesting blend of historical fiction, mystery, thriller and a  ghost story.  More importantly, the fantasy aspect, while chilling and intriguing, does not detract from the rest of the story, but expertly adds depth and mystique to Max's plight.  I do love a good duel time story, so this was right up my alley.  The story hops back and forth from 2004 in London and Vienna to 1938 Vienna.  The snippets in the past are quick and give just a glance at Annabell's life with  hints of clues of what is going on so we never know much more than Max.  At first, Max seems like an ungrateful son, but as he figures out his mother's past his character as well as Annabel's is explained.  Oskar was the most surprising character for me, another mystery to unravel, but I loved his gentle and easygoing demeanor.  Overall, the mystery building was well done continually throwing me in different directions and the suspense is tightly woven all the way through.  The ending threw me for a huge curveball, also.  This is not a story where everything is tied up all nicely, the chilling ending definitely places this book squarely in the thriller category.

When Max Albrecht’s dying mother, Annabel Albrecht, wants to meet with him and explain why she’s been so distant with him, he isn’t sure what he should do. He and his mother had angry words the last time they met.  Max’s mother has also asked him in her letter to find a boy she once knew when she was young – Oskar Edelstein.  Little does he know that he’s begun a journey into the past that will bring up family secrets that he may be better off not knowing.

This is a well-constructed novel that sent chills up and down my spine and that’s saying something for me as I don’t scare easily. The book takes place mostly in the present with flashbacks to Annabel’s life as a young girl in Vienna.  I had thought, due to the time period of the past being in the 1930’s, that the book would be centered on Nazism but it only lightly touches on that theme.  The author does an excellent job of setting up a very spooky atmosphere and creating empathetic characters.  I had thought the book was pretty much over at one point but it still held yet another surprise.

This book is a dark, tragic ghost story, a thriller, a mystery and a sad tale of the love of mothers all in one. I enjoyed it very much and am looking forward to reading more by this author.  Since the book is so well written, I was surprised that the book is the author’s debut and that she started writing it while taking a writing course.  She’s a natural and her first book well deserves the awards it’s received.  She’s also generously donating 50% of the royalties from her book to Borne, a charity doing research into preventing death and disability in childbirth.  Recommended.

This book was given to me by the publisher through Smith Publicity in return for an honest review. Whoooaa what. I remember these from high school! I thought she had abandoned these.
Like Reblog Comment 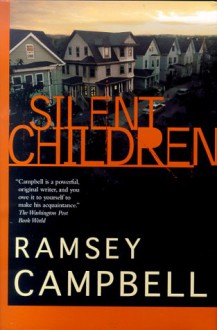 Solid idea with the potential for high creep factor; unfortunately, there was too much revealed too early. It felt predictable and anti-climactic in parts as if there was nothing really left to discover or find out. And the characters weren't all that likeable, which caused me to disconnect and not really care about their survival. So my first experience with Campbell wasn't great but I plan to read one or two more anyway. 2.5 stars
More posts
Your Dashboard view:
All Reviews Text Photo Quote Video URL Activities
Liked posts Top Tags
Press About Terms of Services Privacy Policy Contact Us Blog FAQ Patronaty medialne BookLikes for Authors Partners panel more...
Team Themes Docs API Blogs
Copyright © 2021 BookLikes