Log in with Facebook
or
Wrong email address or username
Sign up
Already on BookLikes? Log in!
Incorrect verification code
Please, check your email, the code to access your BookLikes blog was sent to you already.
Enter code:
« Back Send
back to top
Search tags: this-book-is-shit Like my friend Lisa said, the blurb screams this is not me and that's what I have to say. Beg is the pole opposite of what I like to read. After reading 50 Shades and Bared to You and its several rip-offs by mistake because they were claimed to be the "bestsellers" I'm not going to willingly read such books anymore.
Yes, this book - or rather, novella - follows the 50 Shades plot lines but its too small for anything to happen and I don't care. I'm not like other people who were craving for the hero and heroine and to get together and have bed-breaking sex, so no way I'm going to read its sequels.

There's no need for me to do a detailed review, let me just sum up everything in five words : I don't give a shit.

Made a mistake by requesting this book, at least now I know I'll never do that again.

*This copy was provided to me by NetGalley in exchange for an honest review. 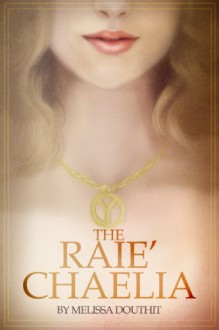 What can I say about this book. Well for one the writing was of such a sloppy amateurish nature that it makes me wonder what else can be published. Honestly if Melissa Douthit can get a book out there... anyone can, it is that poor.

The descriptive language of a nature so simplistic that I am at a push to remember a book that was so generic that didn't have a dog named Ben as the main character. The preface is so condescending it's painful."As you read, you may come across language, names, or terminology in the text that appear out of place or anachronistic. They are not. There is a reason for them that will become more clear as the story progresses. In fact, almost every detail in the novel has a purpose, from the intricately-drawn scenery in the beginning to the hair color of the heroine of the story. Again, those purposes will become clear later on."

Point the first - It's supposed to be a fantasy I'd expect to find 'language, names, or terminology in the text that appear out of place'. I would also expect mysteries early on to become clearer as the story progresses. That's what stories are meant to do. It's called pace and progression. I am not an idiot, people who read generally aren't.

Read more
DO NOT WANT It burns kill it with fire Shit book is shit why does this exist? why was this published?
Like Reblog Comment 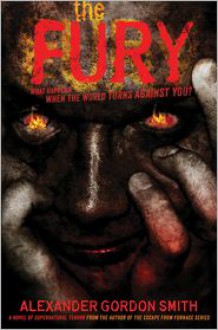 Good sweet merciful Odin, where to even begin with the disappointment in my soul.

I feel bitter after this book. It deserved to be better; I expected it to be better, especially after the praise heaped onto the author for his furnace series. I was expecting to be treated to some actual horror in this garden of stagnation known as YA as of late. I was expecting tension and pace and suspense…

Read more
Personal Review reviews Shit book is shit Thoughts why does this exist? why was this published?
Like Reblog Comment Don’t look at me like that; yes I am fully aware of the shit storm that went down around Geoffrey Girard and yes it did smack a little bit condescending but this book sounded absolutely amazeballs so I was willing to give it the benefit of the doubt.

And then Steph comes back from BEA and proudly proclaims “Archer I have books for you” and this was one of them… Steph, dear, I don’t blame you, you weren’t to know. I want you to know that before I go on. I love you, you’re amazing…