Log in with Facebook
or
Wrong email address or username
Sign up
Already on BookLikes? Log in!
Incorrect verification code
Please, check your email, the code to access your BookLikes blog was sent to you already.
Enter code:
« Back Send
back to top
Search tags: transhuman-posthuman

"A church that took centuries to build," he clarified. "And could cost hundreds of lives in the building. A church that represented an absolutely absurd investment for a medieval lord. And yet they got built anyway. For the glory of God." 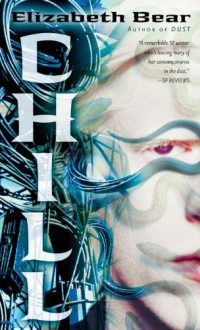 this book definitely reads different than when i first did... and that's not a bad thing.  the theme of the struggle after survival is prevalent, and something that did not resonate so much in my younger self.

Dust by Elizabeth Bear is one of my favorite novels, and was one of the easy selections for when I started doing this book club thing.  But while I reread Dust with some frequency, I think I only read Chill (Jacob's Ladder #2) once, immediately after purchasing it.  There's a good chance that my reading of it was too colored by my expectations and memories of Dust, a younger me wanting the exact same thing as before, only new and different.  Similar to  my experiences with American Gods and Anasazi Boys, except Chill is a true sequel.

What I remember is that this is a story of after and of pushing through.  The Jacob's Ladder is again in motion, reduced through deliberate effort and through the abuse of its rough relaunch.  Similarly, the characters are in a state of flux, challenge, and recovery.  Perceval struggles with the unwanted mantle of Captain, the cost of power and conflict, and the ghost of Rein that now lives in the AI of the ship. Tristen and Benedick go from support characters in Perceval and Rein's quest, to a quest of their own as they deal with their own ghosts of a sort.

So, we'll see how this read goes, and I'll attempt to have my review of it up within February! 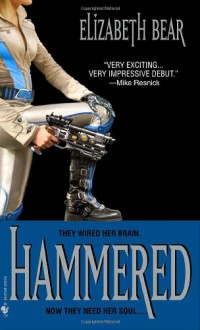