Log in with Facebook
or
Wrong email address or username
Sign up
Already on BookLikes? Log in!
Incorrect verification code
Please, check your email, the code to access your BookLikes blog was sent to you already.
Enter code:
« Back Send
back to top
Search tags: witching-hour-collection *I requested to review a copy of this audiobook for an honest review from the author or narrator.

Jordyn's sister calls, asking her to return home after her years gone. Her mother is dying from cancer. Jordyn doesn't hesitate, but does worry how returning home with affect Zach. Zach was her high school love and what she did to save him changed him. Things could go very wrong with her return to such close proximity of him...

Kristin brings the tender heart that fills Jordyn to the surface as she gives Jordayn voice. Kristin voices each character with a different timber and voice. She also does an echo for Jordyn's thoughts, which I love.

We have a mystery mixed with love! Jordyn returns home to help her family as her mother nears her last days. She wants to do anything to help her mother, but even as a witch there is only so much that can be done. The dark magick will not help but hurt in the end.

We get the current story but also the history of Jordyn and Zach when younger. The beautiful and terrible night. The second chapter tells their story and how things went so wrong with magick. This sets the stage and makes us weary of returning home with Jordyn. It just can't turn out well with what we learn... I'm worried with Jordyn.

Jordyn also faces the man she's loved from childhood. There is a deep and dark past between them. It's sort of sad to see it as Jordyn still loves him. But the surprise of the story is there is a possibility of a new love interest for Jordyn, if she'll let herself go and forgive what happened to Zach.

Ooooh. And the mystery! Jordyn returns home to suddenly find there was a double murder at Shady Point, the place where Zach and Jordyn's past turns dark. And she's the prime suspect. How is this possible? It is. Jordyn wants to help Zach as she thinks it could be him, but what she learns when she casts her spell draws new light to the story. Jordyn is determined to prove herself innocent and save her mother.

Jordyn has made mistakes, huge mistakes, that affect everyone. She wants to fix those while home visiting while her mom is ill with terminal cancer.

Wonderful shorter story. I was drawn to the characters and invested with them. In the end I had to work to stop the tears. MOAR from the Witching Hour Collection! Releasing all over the place and available Now: Harm none, and be ready for zombies.

In the little town of Brighton, Amelia’s practice of Wicca marks her as a curiosity both at home and at school. But Amelia can’t change what she is. Knowing how to see auras, heal, and cast spells comes naturally to her. Only Madame Knightly, the ancient matriarch and owner of Witch Wood Estate, to whom Amelia plays caretaker, doesn’t seem to mind. In fact, the crumbling old mansion is full of oddities.

However, when modern treatments fail to make a dent in the flu outbreak sweeping the globe, those who once ridiculed her white witchcraft turn to Amelia for help. While her eucalyptus tinctures prove no more effective than western medicine, her spell-casting is another matter. The residents of Brighton soon depend on the very magic they once ridiculed to save their lives.

**Witch Wood is a tie-in novella that compliments The Harvesting Series. It can be read alone or as part of the Harvesting series** 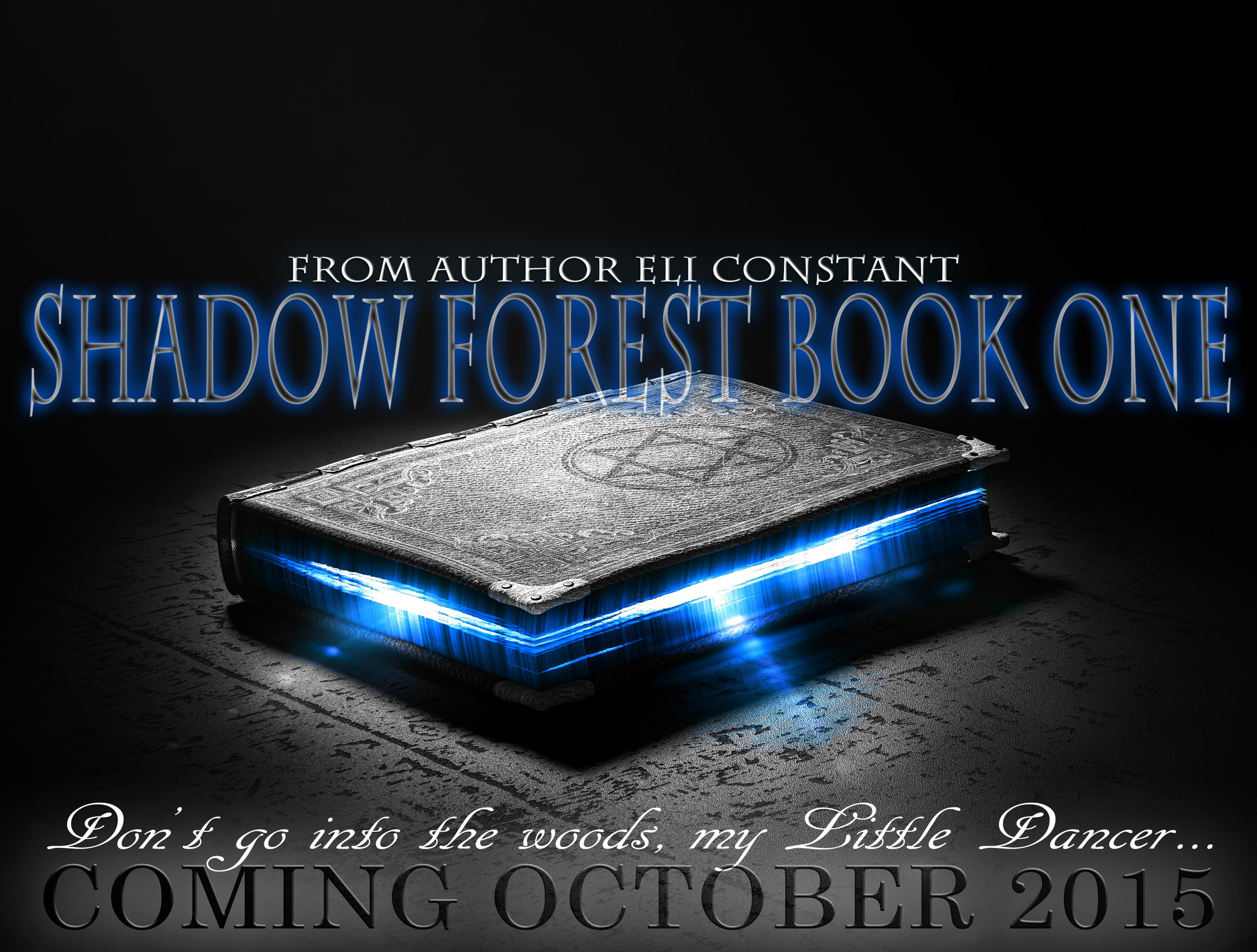 I posted about SLEEPING IN THE SHADOWS by Eli Constant, didn't I? Sale ends this SUNDAY!

Sleep here in the forest of shadows. Live inside the land of your dreams...

She has to abandon the world of light to truly live.

When Tilda Brennen’s family dies in a fire, she is left wheelchair-bound and suffering from survivor's guilt. It was her fault. She'd left the candles burning that night.

But there is a deeper, darker truth to the accident.

“He” has slept for years, dormant and untouched by the human world. Then she arrives at the little house beyond the woods and he awakens. He has waited so long for another chance. This time, he will not fail.

Going to the voice that summons her may heal Tilda’s body, but it will also cause her to lose everything she’s come to love. And once she enters the forest of shadows, returning to human life might prove impossible.

The Witch of Roan Mountain, by Blaire Edens

Maeve McMahan, a criminal defense attorney, has just blown the case of her career. When she returns home to the mountains of North Carolina to clear her head, she moves back in with her grandmother. On an easy hike, she meets the one woman she never expected to see:  Delphine, The Witch of Roan Mountain.

Accused of a terrible crime she didn’t commit, Delphine has been haunting the county since just after the Civil War and she can’t rest until her name is cleared. She’s counting on Maeve’s help to get to the bottom of the century-old mystery.

Campbell Hyatt, a sheriff’s deputy, has never gotten over his first love, Maeve. When her grandmother breaks her leg, Campbell’s on duty and he finds Maeve at the top of Roan Mountain, convinced she’s seen a ghost. A cop who doesn’t believe in ghosts, he thinks Maeve needs to be focused on her grandmother not an old legend that hits a little too close to home for his liking.

With Maeve’s car out of commission and Granny stuck in the hospital, Campbell and Maeve are thrown together in a quest to find out why Delphine was branded a witch. It will take both of them to get to the bottom of a nineteenth century story love story that may impact them more than they realize. Can they banish a ghost without rekindling an old flame of their own?

A little Alchemy and Magic...a little Fairytale and Romance...available on Amazon Kindle for $.99
http://tinyurl.com/pn4rad3
Part of The Witching Hour Collection
Join the coven: eepurl.com/bdRtbD

Spin this straw into gold or die...

Will Stiltskin is last of his clan and heir to its fortune and sorcery. Painful memories of war and destruction drive him to live alone in the forest, but he longs for a home and a family.

Lyra, the shy, beautiful daughter of the town's Miller, prefers books and walks by the river to suitors. But when her foolish father's boast lands her in the king's dungeon, Will's love unlocks Lyra's secret and forbidden magic.

Together they must save her life and the future of their love from a cruel King's impossible task....And keep the power of gold away from selfish hearts.

~~~hops on broom and flees

With my releasing *2* very different books so close to each other (dur, Elizabeth), I'm late in sharing releases for the themed boxed set I'm in. 'Tis THE WITCHING HOUR COLLECTION, and I'll get to Melanie Karsak's WITCH WOOD in a sec, which released last week.

Yesterday was me and Wrecking Faerie, ToDAY IS: Eli Constant's Sleeping in the Forest of Shadows! And I've read the first chapter and it's got me hooked.

Sleeping in the Forest of

She has to abandon the world of light to truly live...


When Tilda Brennen’s family dies in a fire, she is left wheelchair-bound and suffering from survivor's guilt. It was her fault. She'd left the candles burning that night.

But there is a deeper, darker truth to the accident.

“He” has slept for years, dormant and untouched by the human world. Then she arrives at the little house beyond the woods and he awakens. He has waited so long for another chance. This time, he will not fail.

Going to the voice that summons her may heal Tilda’s body, but it will also cause her to lose everything she’s come to love. And once she enters the forest of shadows, returning to human life might prove impossible.

Sleep here in the forest of shadows. Live inside the land of your dreams. Eli is the author of: