Log in with Facebook
or
Wrong email address or username
Sign up
Already on BookLikes? Log in!
Incorrect verification code
Please, check your email, the code to access your BookLikes blog was sent to you already.
Enter code:
« Back Send
back to top
Search tags: wonderfully-written 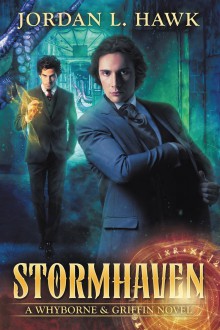 4.5 stars for Whyborne and Griffin


The third book in the series brings us to a place where I personally never wanted to go - the asylum. And it was bad, reading about the pain and memories Griffin has to go through, the awful things he is forced to rememeber while investigating a murder. But I loved reading about the love and support continuing to grow between Whyborne and Griffin. I do have to admit though that the dise-characters (except for Christin of course) distracted me a little. I was particularly not fond of Griffin's parents. But that had more than one reason, so I'll chalk it up to personal issues. Also, Whyborne's father and brother are way beyond words for me. A-holes, both of them. Put them both into a bag and beat it with a stick - you'll always get the right one.

One thing I always have while reading books in this series, is a tiny little well of dread in the pit of my stomach. Because I'm always wondering what on earth Jordan L. Hawk will spring on these two guys this time. Her creatures and villains are never just your average bad guys and monsters. They are evil, they are nasty, and they make me shudder every damn time. But it's still good to read, and I always end up enjoying her mysteries, the connections between everything and everyone, but most of all the love and devotion growing between Whyborne and Griffin. It's a pleasure reading about their lifes and their adventures and I'm looking forward to reading the next book in the series. 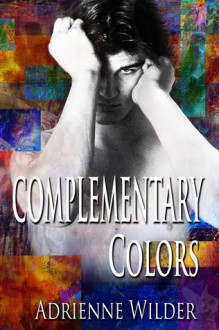 And another intense, beautiful read by Adrienne Wilder


"I stared at all the broken fragments of color that where once me, lying scattered around my feet."


Alright, folks, this is one intense read. On the one hand you get Roy. Simple, relaxed, calm, maybe a little mysterious himself in the beginning. He has his own demons, his own skeletons and his very own closet, albeit one with wide open doors.

Then there is Paris.

And Paris is what makes this book so colorful, but painful at the same time. He is beautiful, talented in a twisted way, caged and abused, and even though I don't like the expression much, he is the Victim with a capital "V" here. What he lived/lives through, how he suffers, is a main part of his art, of his story, of his personality. And it hurts to read it all.

Because one thing is for sure: When Adrienne Wilder writes villains, she writes them EVIL. Pure, unredeemable, ruthless, heartless Evil. Which is not something I fall for usually, but somehow she just makes it work. At least I don't feel like I'm in the middle of a Disney-inspired bad cartoon. I'm saying that just to warn potential readers. The bad guys here aren't just bad, they're despicable, disgusting, and they'll rip your heart out with a bright fake smile on their faces. You've got to have the stomach for this ind of thing if you want to read this book. Even I struggled with some of the scenes. Partly because of some violence and cruelty that was just that side of painful to read, but also partly because of a somewhat (overbearing) sense of dread I was carrying around while reading this.

Another thing I would warn potential readers about is the pace. Even though the very first scene is hot and steamy, the actual development of intimacy and love takes time. Quite some time, actually. Paris has issues. Not the (dare I say usual?) problems and baggage of a young man, but very, very serious mental health problems. And there is no magic cock here, no "love is all you need", no fast solution for everything. Don't get me wrong, there is a lot of love, devotion, help and happily ever after in here. But it isn't instant, or easy. It's a gut-wrenching, desperate journey, so you should go in prepared.

And don't ecpect change to happen over night, because as in real life, the fight against abuse, self-hate and mental illness takes time and, in most cases, never really ends. I saw some readers getting frustrated with this, with Paris and his inner struggles. Which goes to show that some people not only have no idea about mental illnesses, but that for some readers, this is just the wrong topic. Because fact of the matter is, mental problems, like borderline disorder, depression or OCD, never leave you completely. They're not "curable" or of one's own making. If you feel like all of these things are weaknesses, that people struggling with this are not strong enough, not determined enough to be well, just plain not good enough to life a "healthy" life like you, than please put this book aside and never touch it again. You are absolutely not going to like this book, I guarantee it! Because - hate me all you want for that comment - you are not made for it and you won't be able to appreciate it. It takes a (special?) kind of patience, empathy and compassion to appreciate the hard path Paris takes, and how far he comes until the end of the book. Obviously, it's not for everyone.

Also, if you can't stomach a lot of angst, cruelty or violence, you might want to pass this up. It's really not for highly sensitive readers. But for everyone else: Read it! It's absolutely worth it.


I had one issue, though. The sex. While I don't have a problem with frequent sex scenes, some of them felt kind of wrong here. Mainly because of the timing. Having a nice, hard fuck while your homicidal monster of a sister is looking for you? While you have to fear for your own life and the life of your partner? How about NO? I couldn't enjoy this particular scenes at all. I was too anxious, too tense to even appreciate the love shared between the two MCs, because all I could think was: "What the fuck are you doing?! You. Are. In. Mortal. Danger. Get your freakking bags and get the fuck out of there! She'll be there in no time at all!"

Of course they didn't, and She fucking did. I knew it, so this part frustrated me. It didn't only make me angry, but it also "provoked" and forced an ending that wasn't strictly necessary and somewhat over the top, IMHO.

Like I said, hot sex is fine and dandy, but even I need a little more "good timing" for it to not feel too forced or uncomfortable.

All in all, I enjoyed this book. I struggled with some scenes, I would definitely issue a trigger warning, and parts of the ending were a little too forced for my taste, but I'd still recommend it, just not necessarily for everyone. 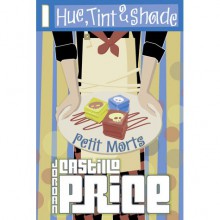 First in the Petit Morts Series. A sweet little story about Tommy and Nathan first meeting each other, then going on a date. It's excellently written, the plot is sweet and engaging and I really liked the twist at the end - hence a solid 4-star-read.