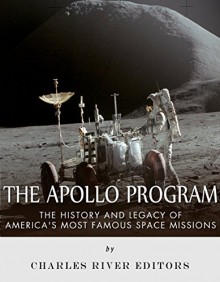 The Apollo space program is the most famous and celebrated in American history, but the first successful landing of men on the Moon during Apollo 11 had complicated roots dating back over a decade, and it also involved one of NASA’s most infamous tragedies. Landing on the Moon presented an ideal goal all on its own, but the government’s urgency in designing the Apollo program was actually brought about by the Soviet Union, which spent much of the 1950s leaving the United States in its dust (and rocket fuel). In 1957, at a time when people were concerned about communism and nuclear war, many Americans were dismayed by news that the Soviet Union was successfully launching satellites into orbit.

Among those concerned was President Dwight D. Eisenhower, whose space program was clearly lagging a few years behind the Soviets’ space program. From 1959-1963, the United States worked toward putting satellites and humans into orbit via the Mercury program, but Eisenhower’s administration was already designing plans for the Apollo program by 1960, a year before the first Russian orbited the Earth and two years before John Glenn became the first American to orbit the Earth.

On May 25, 1961, President John F. Kennedy addressed Congress and asked the nation to “commit itself to achieving the goal, before this decade is out, of landing a man on the Moon and returning him safely to the Earth.” Given America’s inability to even put a man in orbit yet, this seemed like an overly ambitious goal, and it isn’t even clear that Kennedy himself believed it possible; after all, he was reluctant to meet NASA Administrator James E. Webb’s initial funding requests.

As Apollo 11’s name suggests, there were actually a number of Apollo missions that came before, many of which included testing the rockets and different orbital and lunar modules in orbit. In fact, it wasn’t until Apollo 8 that a manned vehicle was sent towards the Moon and back, and before that mission, the most famous Apollo mission was Apollo 1, albeit for all the wrong reasons.

Over the decade, NASA would spend tens of billions on the Apollo missions, the most expensive peacetime program in American history to that point, and even though Apollo 11 was only one of almost 20 Apollo missions, it was certainly the crown jewel. only one of nearly 20 Apollo missions conducted by NASA. And to make Apollo 11 a success, it would take nearly a decade of planning by government officials, hard work by NASA scientists, intense training by the astronauts, and several missions preceding Apollo 11. It also cost over $20 billion, making the Apollo program the most expensive peacetime program in American history at the time.

Apollo 12 successfully landed astronauts on the Moon just a few months after Apollo 11’s successful mission. Apollo 12 was actually more successful than Apollo 11 from the standpoint of fulfilling the mission objectives, but it was naturally overshadowed since it did not come first. Another reason Apollo 12 is mostly forgotten today can be credited to the dramatic and fateful Apollo 13 mission, which took twists and turns nobody could have predicted when it launched on April 11, 1970. Apollo 13’s mission was to land on the Moon near the Fra Mauro highlands, which were hills that had somehow formed in the middle of a huge crater tens of miles wide. The mission was supposed to test for seismic activity and take samples to analyze the crater and try to find an explanation for the formation of the hills. Of course, as is widely known today, Apollo 13 never made the landing.