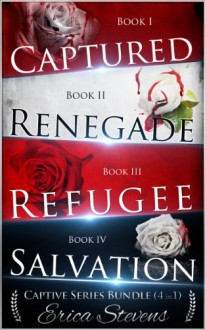 7 years ago
http://Casperfitz.booklikes.com Casperfitz 3.0 The Captive Series Bundle (Books 1-4)
text The Captive Series Bundle (Books 1-4)
3.5 Stars!Well for the first sequel of the book, it was really good, I'd give that 4 stars... But moving forward to the 2nd and 3rd part of the sequel, the story dragged on... There was way too much and too long conversations that I really can do without. It made my interest on the story slowly drif...
See review
see community reviews