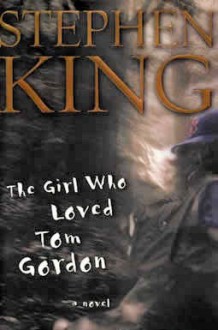 The Girl Who Loved Tom Gordon
by: Stephen King (author)

1 year ago
http://SheriC.booklikes.com Portable Magic 5.0 The Girl Who Loved Tom Gordon ★★★★★
text The Girl Who Loved Tom Gordon ★★★★★
This was a re-read (or re-listen) of a favorite old book. Rather than go into details, I'd urge you to read the excellent reviews by Chris' Fish Place and Mike Finn, both of whom were more eloquent than I could hope to be. This is one of King's books that is more character exploration than horror no...
See review

4 years ago
http://ethiercn.booklikes.com Chris' Fish Place 4.0 Woods Square
text Woods Square
Lately, I've been applying the Bechdel test to books. It's actually quite sad how many of them fail. From a techincal standpoint, this book fails as well. But like Gravity, it is a story about survival with other characters making only brief appearances.Trisha is a young girl whose parents are divor...
See review