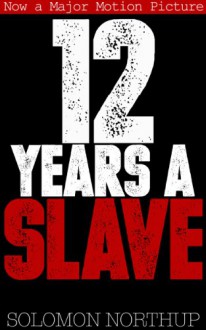 "12 Years a Slave" is the breathtaking memoir of a Solomon Northup - a free man kidnapped into slavery in 1851.

In Upstate New York, black freeman Solomon Northup, a skilled carpenter and fiddler, is approached by two circus promoters who offer him a brief, high-paying job with their traveling circus.

Without informing his wife, who is away at work in the next town, he travels with the strangers towards Washington DC in good spirits. One morning, he wakes to find himself drugged, bound, and in the cell of a slave pen. When Northup asserts his rights as a freeman, he is beaten and warned never again to mention his free life in New York.

Transported by ship to New Orleans, Northup and other enslaved blacks contract smallpox and some die. In transit, Northup implores a sympathetic sailor to send a letter to his family. The letter arrives safely, but, lacking knowledge of his final destination, Northup's family is unable to effect his rescue.

Northup's first owner is William Ford, a cotton planter on a bayou of the Red River, and he subsequently has several other owners during his twelve-year bondage. At times, his carpentry and other skills mean he is treated relatively well, but he also suffers extreme cruelty. On two occasions, he is attacked by a man who is to become his owner, John Tibeats, and finds himself unable to resist retaliating, for which he suffers great reprisals. Later he is sold to Edwin Epps, a notoriously cruel planter, who gives Northup the role of driver, requiring him to oversee the work of fellow slaves and punish them for undesirable behavior.

Never, in almost 12 years, does he reveal his true history to a single slave or owner. Finally he confides his story in Samuel Bass, a white carpenter from Canada. Bass sends a letter to Northup’s wife, who calls on Henry Northup, a white attorney whose family once held and then freed Solomon Northup's father.

Henry Northup contacts New York state officials and the governor appoints him as an agent to travel to Louisiana and free Solomon Northup. He succeeds, and Solomon Northup leaves the plantation. After instigating a court case against the men who sold him into slavery, Northup is reunited with his family in New York.

Originally published in 1853, "12 Years a Slave" quickly became a best-seller upon it's release.

7 years ago
http://ethiercn.booklikes.com Chris' Fish Place 4.5
text
Disclaimer: Picked up free via kindle. Reading group guide version. Many times in American schools when it comes to discussing slavery and literature, the only two authors that are mentioned are Frederick Douglas and Harriet Breecher Stowe. Sometimes Booker T. Washington might be...
See review
see community reviews