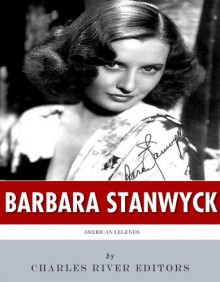 “Career is too pompous a word. It was a job, and I have always felt privileged to be paid for what I love doing.” – Barbara Stanwyck

In the 1940s, film noir was at its peak, and Hollywood was churning out dark, mysterious, exotic and erotic classics like The Big Sleep and To Have and Have Not, which helped turn some of the industry’s sultry actresses into superstars. But in 1944, the premiere femme fatale was Barbara Stanwyck, who was the highest paid woman in America that year, thanks to roles like Double Indemnity (1944), in which she uses her persuasive powers to convince a man to commit murder. That film would earn Stanwyck 1 of her 4 Academy Award nominations, and after a nearly 60 year career in acting, the American Film Institute would recognize her as the 11th greatest female screen legend of the 20th century.

If anything, Stanwyck’s reputation for being a femme fatale obscured the fact that she played strong women that made her seem modern instead of traditional, and not just in noir films. In the comedy Ball of Fire, she played a strong woman that one viewer described as "the kind of woman that makes whole civilizations topple." Her versatility also led to roles in all kinds of genres, including Westerns and traditional dramas, but that should come as no surprise because she was legendary around Hollywood for being a consummate professional that everyone on set loved to work with. Frank Capra noted, “She was destined to be beloved by all directors, actors, crews and extras. In a Hollywood popularity contest she would win first prize hands down."

Stanwyck’s career was all the more remarkable because she suffered a tough childhood, especially once she was orphaned at the age of 4. Naturally, her rags to riches story made her appreciate the ability to climb the ladder in America and also instilled her with the belief that "hard work with the prospect of rich reward was the American way." This also influenced her political beliefs during the mid-20th century, a contentious time that witnessed the rise of McCarthyism and the Red Scare during the 1950s.

American Legends: The Life of Barbara Stanwyck examines the life and career of one of Hollywood’s biggest stars. Along with pictures of important people, places, and events, you will learn about Barbara Stanwyck like never before, in no time at all.
show less
Format: kindle
ASIN: B00JGJAV2S
Publish date: 2014-04-03
Publisher: Charles River Editors
Pages no: 40
Edition language: English
Category:
Glbt

6 years ago
http://ethiercn.booklikes.com Chris' Fish Place 4.0
text
Despite the fast and belief look at Stanwyck’s sexuality, this short biography is pretty good and detailed. It also presents its subject warts and all.
See review
see community reviews