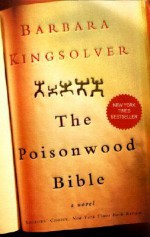 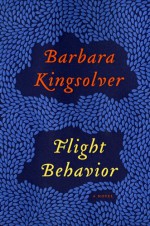 2 years ago
text Animal, Vegetable, Miracle
Honestly this is more of a 3.5 star read, but since Goodreads does not allow for half-stars, I rounded this up to 4. I think too much of the book had Kingsolver talking down to readers and acting as if those of us not working the land are less than those who do. I rounded up though mostly because wh...
See review

4 years ago
text Unsheltered by Barbara Kingsolver
Unsheltered is the story of two families, separated by two centuries, living in the same neighbourhood, during turbulent times. Each family's story is told in alternating chapters. The style of writing is decent enough, but the main character (Willa) tends to whine a geat deal, the main characters ...
See review

All about me rated it

4 years ago
text Unsheltered
When I first started reading this story I thought it was a bit slow. But as the story went on I found myself enjoying it more and more. It’s an excellent piece of historical fiction, but it is also a great examination of the Trump era. Kingsolver dissects why a person would support a politician who ...
See review

4 years ago
text The Bean Trees
When is goodreads going to let us do half ratings?? I give this one 3.5.
See review