Encouraged my by English teacher, Mrs. Pocock, I published my first short story in Just Seventeen when I was fourteen years old. The story was called ‘Whatever happened to the wonderful boy I fell in love with’ and I published it under the pseudonym ‘Carolyn Lane’ because it largely consisted of a transcript of an argument I’d had with my boyfriend. I bought a black denim jacket from C & A with the proceeds.

I continued to contribute short stories to Just Seventeen to help pay my way through university. I studied Experimental Psychology at St Edmund Hall in Oxford. Alas, I devoted rather too much time to my social life and staggered away with an unimpressive 2:2. In retrospect, that 2:2 saved my life. It meant that none of the graduate training schemes I had hoped to join would have me. I wouldn’t become an accountant after all. I moved to London and took a series of temp jobs to support myself. It was while I was working at Prelude Audio Books, a company which took erotic ‘classics’ and put them on tape, that I met my first real novelist: David Garnett.

David is a very well respected science fiction writer, who once dabbled with writing erotica under the name Angelique. Prelude was recording the Angelique novels. One afternoon, David spent a couple of hours sitting on my desk, waiting for my boss to come back from a very long publishing lunch to discuss some unpaid royalties. I told David I’d always wanted to be a writer. He dared me to write a novella like Angelique’s. A few weeks later, I handed him my first full-length manuscript. David cast his experienced eye over my scribblings, helped me tweak it and then passed it on to his editor at Little Brown. Incredibly, she made an offer on it. My dream of becoming a proper writer was reborn.

That first book was called ‘Inspiration’. It centred on the sexual shenanigans of a group of artists in St Ives. Wary of embarrassing my parents, I published ‘Inspiration’ as Stephanie Ash. Four more Stephanie Ash novellas followed, helping me to pay my rent and attract the attention of a literary agent. In 1997, I published my first Chris Manby novel, ‘Flatmates’…

Thirteen novels on the single life as Chris Manby later, I’ve just published ‘Getting Over Mr. Right’ as ‘Chrissie Manby’ (apparently too many people are under the impression that I am a bloke!).

I live in London and when I’m not writing (in fact, even when I’m supposed to be writing) I spend an awful lot of time on Twitter. Follow me on @chrissiemanby.
show less
Website: www.chris-manby.co.uk
Category:
Chick Lit 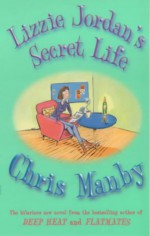 7 years ago
text Getting Personal
So three people, successful in their careers, late 20's, no serious relationships, seeing several of their friends marry off and be happy decide to write personal ads for each other and organise blind dates to get each other out of the ruts they're in. This is the story of what happens. Some of it h...
See review

Booklife of Bia rated it

8 years ago
text Spa Wars
Incredibly stupid :D The most annoying thing, besides at least 100 utterly plain twists of fate, was that the author obviously lost track of what she wrote several times in the course of this book... brown eyes with green sparkles magically turn into blue eyes 2 pages later ... easy to read, but def...
See review

16 years ago
text
Just meh. Nothing remarkable and some of the stories just bored me to tears.
See review
see community reviews
Need help?