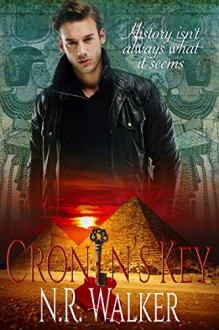 8 years ago
http://CristinaT.booklikes.com Cristina T. 5.0 Cronin's Key
text Cronin's Key
BR with Kayl – Saturday, August 1Character cast courtesy of N.R. Walker. ;-) Click for a bigger version.As a teenager, I went through this phase of vampire books. The original–Dracula, Interview with a Vampire, you name it. I even read Twilight *shudder*. Before you get your panties in a twist, no, ...
See review
see community reviews