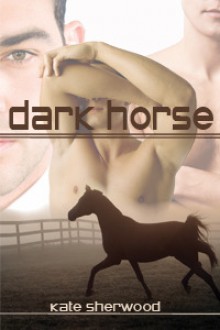 Dan Wheeler thought he'd found lasting love and stability with his life and work partner Justin Archer. But when Dan finds himself alone again, still working as a horse trainer for Justin's parents, he has to find a way to accept that his perfect life is gone forever.

6 years ago
http://nannyogg.booklikes.com Nanny Ogg's reviews and stuff 4.0 Dark Horse
text Dark Horse
Dan is a drifter who finally stopped drifting when he found love in the horse trainer Justin. They've been living and working together on the Kentucky horse ranch owned by Justin's parents for several years when Justin had an accident which left him in a coma. For a year after the accident Dan has e...
See review

7 years ago
http://BarkLessWagMore.booklikes.com Bark at the Ghouls 4.5 Dark Horse by Kate Sherwood
text Dark Horse by Kate Sherwood
The first half or so of this book is heart-crushing. It may break your heart, even if you think you don’t have one. Dan trains horses and he is one of the best. His life was bliss until a riding accident destroyed his world a year ago. Now his lover is in a coma and has been de...
See review

8 years ago
http://brooklynstorms.booklikes.com B3 - Brooklyn's Book Bites 3.0 Dark Horse
text Dark Horse
I got to the end of the story and it's not really the end. It's just the beginning really. How frustrating. A very slow build up for a maybe relationship that just barely begins at the end. And this book is almost 400 pages. yikes!I felt just as clueless as Dan in understanding Jeff and Evan. But I ...
See review