Fred Vargas
Fred Vargas was born in Paris in 1957. As well as being a best-selling author in France, she is an historian and archaeologist.She worked at the French National Centre for Scientific Research (CNRS), which she joined in 1988. She later joined the Institut Pasteur, as a eukaryotic... show more

Fred Vargas was born in Paris in 1957. As well as being a best-selling author in France, she is an historian and archaeologist.She worked at the French National Centre for Scientific Research (CNRS), which she joined in 1988. She later joined the Institut Pasteur, as a eukaryotic archaeologist.She mostly writes police thrillers (policiers). They take place in Paris and feature the adventures of Chief Inspector Adamsberg and his team. Her interest in the Middle Ages is manifest in many of her novels, especially through the person of Marc Vandoosler, a young specialist in the period. Seeking Whom He May Devour was shortlisted by the British Crime Writers' Association for the last Gold Dagger award for best crime novel of the year, and the following year The Three Evangelists won the inaugural Duncan Lawrie International Dagger. She also won the award for the second year-running with Wash This Blood Clean From My Hand. 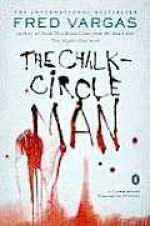 6 years ago
text A Wild Ride in the Country
A young miscreant is setup for a fall by powerful men, a pigeon needs rescuing and the great hunt appears to claim evil men in the Normandie. Commissaire Adamsberg, his son and his team of special characters have a lot on their plate in this latest installment of the series. I very much enjoy the ca...
See review

7 years ago
text The Chalk Circle Man
Sadly, not for me. I'm just baffled.
See review

8 years ago
text A Book A Day - Day 18: Favourite Crime Novel of all Time
There are so many choices here. Crime is one of my favourite genres and there are many titles I could put here. I chose Die schöne Diva von Saint-Jacques (The Three Evangelists) by Fred Vargas because it is not so well known but an absolutely great mystery which I think should be known too a lot mor...
See review
see community reviews
Need help?