Howard Hopkins
Howard Hopkins' life took a dramatic turn after picking up his first Doc Savage book at the age of 13, though he wouldn't realize it until a number of years later. On a snowy November day, the daydream prone, shy child began a journey into escapist fiction that would later inspire him to write... show more

Howard Hopkins' life took a dramatic turn after picking up his first Doc Savage book at the age of 13, though he wouldn't realize it until a number of years later. On a snowy November day, the daydream prone, shy child began a journey into escapist fiction that would later inspire him to write over 40 novels in the horror, western, comic book, science fiction and pulp adventure genres. "I never realized at the time how much the author of that book would inspire me to create my own stories and fire a passion to help others escape from their own problems, even if only for a few hours." Many years later Howard sold his first short story, a horror tale, to a small press magazine and not long after completed his first novel NIGHT DEMONS, a generational horror tale set in the supernaturally cursed town of Dark Harbor, Maine. A second horror novel, GRIMM, soon followed, which spawned his most recent supernatural/mystery series THE CHLOE FILES.Now Howard is the author of numerous horror novels/western novels/comic book fiction, as well as over 50 published short stories, one recently appearing in THE SPIDER CHRONICLES with John Jakes (The Spider being that uber violent and trifle psychotic crimefighting pulp hero of the 1930s. He recently coedited, wrote the intro and two stories for THE AVENGER CHRONICLES, a short story anthology dedicated to the greatest pulp hero of the 40s, The Avenger) and has upcoming work in the Captain Midnight and The Green Hornet anthologies.Besides NIGHT DEMONS, GRIMM, and THE CHLOE FILES, his novels under his own name include, THE DARK RIDERS (a vampire western) and his short story anthology DARK HARBORS, which were EPPIE nominated finalists and Fictionwise top five bestsellers. He also write a spooky series for children (8+) called THE NIGHTMARE CLUB, the first called THE HEADLESS PAPERBOY.His recent trade paperback novel PISTOLERO combines horror and mystery with his second writing love, westerns, which he authors under the penname Lance Howard. So far he has written 32 Black Horse Westerns in hardcover and trade paperback, the most recent being COYOTE DEADLY.His comic book and graphic novel scripts include, The Spider: Judgement Knight and the upcoming The Strange Case of The Spider and Mr. Hyde, and he is a big fan of the pulps, especially Doc Savage, The Avenger and The Shadow."I love entertaining people and taking them away from reality and giving something back to others. I started writing because Doc Savage, and other pulp heroes helped me through a difficult period in my life and awakened a creative spark that turned into a roaring fire. Writing is my passion and being able to touch others' lives through words drives me to tell stories. I invite you to take a look at my personal website for excerpts, contests and more info about my work." Howard lives in a small southern Maine coastal town and his interests include bodybuilding and playing multiple instruments. 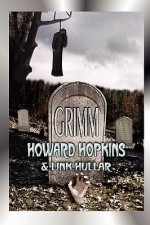