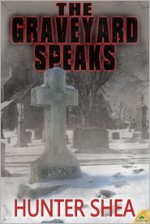 Fury Of The Orcas - Hunter Shea

3 years ago
text The Graveyard Speaks
by Hunter Shea Another cute little story from the YA shelf. A nineteen-year-old college student likes to go ghost hunting at night and help lay the ghosts to rest. She is told about a restless spirit who appears around 8pm every night by a graveyard night watchman and decides to investigate. The...
See review

3 years ago
text Loch Ness Revenge
by Hunter Shea The first chapter seemed to keep switching between present and past tense. Twins witness their parents killed by presumably the Loch Ness monster while on holiday. We jump ahead to the twins grown up and settle into mostly present tense. Natalie is obsessed with hunting down the m...
See review

Let's Talk About Books rated it

3 years ago
text Creature by Hunter Shea
Wow. I'm shook. Like, crying on my couch needing to watch Forensic Files to calm down shook. When I checked out this book, it was a leap of faith based on a review from Char's Horror Corner. After all, this is the same writer who felt it was important to describe the penis of the Jersey Devil. So...
See review

3 years ago
text Compelling, both living up to and challenging the tropes of the slasher genre.
Thanks to NetGalley and to Flame Tree Press for providing me an early ARC copy of this book that I freely chose to review. I recently read one of Hunter Shea’s books, Creature, that I really enjoyed, and this novel shares quite a few characteristics with that one. I find it a bit difficult to sum up...
See review

3 years ago
text 5 Went In, 1 Came Out – Slash by Hunter Shea @huntershea1
Amazon / Goodreads MY REVIEW 5 went in….1 came out. Ashley King is afraid of the dark and from her past experiences, she has every reason to be. I feel so bad for her. Her fear of the dark and her only escape was pills to sleep and forget…for a while. Todd gave her his parience and support, ...
See review
see community reviews
Need help?