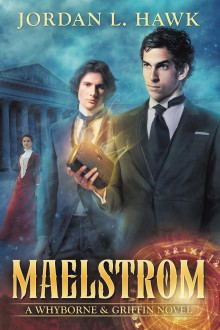 Meanwhile, Griffin has a case of his own: the disappearance of an historic map, which quickly escalates to murder. Someone is sacrificing men in dark rituals—and all the clues lead back to the museum.

With their friends Christine and Iskander, Whyborne and Griffin must discover the cult’s true goal before it’s too late. For dark forces are afoot at the very heart of the museum, and they want more than Whyborne’s codex.

They want his life.

3 years ago
http://richardderus.booklikes.com Expendable Mudge Muses Aloud 5.0 Book 7...7!...and I'm still eagerly reading
text Book 7...7!...and I'm still eagerly reading
***THIS IS A REVIEW OF THE SEVENTH BOOK IN A SERIES SO DO NOT UTTER A SYLLABLE OF COMPLAINT ABOUT SPOILERS*** Here's an amazing fact for y'all. I hate the c-a-t in this series because, well, it's a c-a-t. In point of fact the presence of a c-a-t in a book as a suitable companion for a male human i...
See review

Cat Among the Pigeons rated it

5 years ago
http://astridandbeebs.booklikes.com Cat Among the Pigeons 5.0 Mind Blown
text Mind Blown
Beebs' Review Wow! Book 7 in the Whyborne & Griffin series and just when I thought this series must be nearing the end this book came along and blew my mind. Whyborne and Griffin are back in Widdershins but any plans for a quiet life are not to be, we join them in the midst of preparations for Chr...
See review