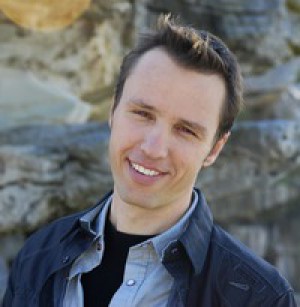 Markus Zusak
Markus Zusak was born in 1975 and is the author of five books, including the international bestseller, The Book Thief, which is translated into more than forty languages. First released in 2005, The Book Thief has spent more than a decade on the New York Times bestseller list, and still remains... show more

Markus Zusak was born in 1975 and is the author of five books, including the international bestseller, The Book Thief, which is translated into more than forty languages. First released in 2005, The Book Thief has spent more than a decade on the New York Times bestseller list, and still remains there to this day.His first three books, The Underdog, Fighting Ruben Wolfe and When Dogs Cry (also known as Getting the Girl), released between 1999 and 2001, were all published internationally and garnered a number of awards and honours in his native Australia and the USA.The Messenger (or I am the Messenger), published in 2002, won the 2003 Australian Children’s Book Council Book of the Year Award (Older Readers) and the 2003 NSW Premier's Literary Award (Ethel Turner Prize), as well as receiving a Printz Honour in America. It also won numerous national readers choice awards across Europe, including, in 2007, the highly regarded Deutscher Jugendliteratur Jugendjury prize in Germany, which he won again for The Book Thief in 2010.It is The Book Thief, however, that has established Markus Zusak as one of the most successful authors to come out of Australia. To date, The Book Thief has held the number one position at Amazon.com, Amazon.co.uk, the New York Times bestseller list, as well as in countries across South America, Europe and Asia. It has also been in the top five bestsellers in the UK and several other territories. It has amassed many and varied awards, ranging from literary prizes to readers choice awards to prizes voted on by booksellers. It was the only book to feature on both the USA and UK World Book Night Lists in 2012, and has been voted as Australian readers’ favourite book by iconic independent bookstore, Dymocks, three years running.In 2013, The Book Thief was adapted to screen, directed by Emmy Award-winning Brian Percival (Downton Abbey) and shot in Berlin by Twentieth Century Fox. The cast was headlined by Academy Award winner Geoffrey Rush (Shine, The King’s Speech) and Academy Award nominee Emily Watson (Breaking the Waves, Anna Karenina). It also cast Sophie Nelisse (Monsieur Lazhar), as Liesel Meminger. The Guardian calls The Book Thief “a novel of breathtaking scope, masterfully told.” The New York Times: “Brilliant and hugely ambitious…the kind of book that can be life-changing.” The Age: “an original, moving, beautifully written book.”In 2014, Zusak received the American Library Association’s Margaret Edwards award for significant and lasting contribution to young adult literature, for his body of work ranging from The Underdog up to The Book Thief. Markus Zusak grew up in Sydney, Australia, and still lives there with his wife and two children. 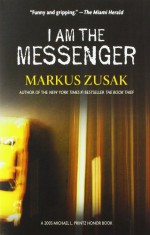 5 years ago
text When Death comes calling......
What makes this story unique and a novel enjoyed by both young and old is due primarily to two outstanding elements. First, is the use of "Death" as the narrator; Death is devoid of all emotion and his role is simple that of an impartial observer and the story teller of events as they unfold. He re...
See review

5 years ago
text
This is my absolute favorite book! I have read a lot of Holocaust novels, but this one really sticks out. The characters are very complex. This book also has an extremely unique and thought-provoking element (if you have read it,you know what I mean.)
See review

A Misfit Reader rated it

5 years ago
text I am the Messenger Review!!!
Hey everyone, so as promised I am here with the book review that has been waiting in the wings. I am reviewing Marcus Zusak's book "I am the Messenger". I'm trying something a little different here with this review. I am trying to make my reviews on here a little more "storytelling", then just a str...
See review

5 years ago
text The Book Thief
I didn't even bring this book home for myself. It is the strange way that my story with what arguably has become my favourite book begins. I didn't bring it for myself, but still, being me I couldn't resist picking it up and reading a little bit. Only for then, I had to say, sorry, I'm keeping it fo...
See review

5 years ago
text The Book Thief by Markus Zusak: My convoluted thoughts quickly typed
Nobody needs a review from me of a book that's been around forever, but I was so affected by this one that I feel a need to at least commemorate that much. I read it a few weeks ago, and the characters are still with me. I'm still affected by this book, and I'm sure I will be for a very long time. ...
See review
see community reviews
Need help?