Michael Bailey is a multi-award-winning author, editor and publisher, and the recipient of over two dozen literary accolades, including the Bram Stoker Award, Benjamin Franklin Award, Eric Hoffer Book Award, Independent Publisher Book Award, Indie Book Award, International Book Award, and a handful of others. His nonlinear novels include PALINDROME HANNAH, PHOENIX ROSE, and a co-authored meta-novel called PSYCHOTROPIC DRAGON (co-illustrated by Glenn Chadbourne, Daniele Serra, and Ty Scheuerman), and he has published two short story and poetry collections, SCALES AND PETALS, and INKBLOTS AND BLOOD SPOTS (illustrated by Daniele Serra and introduced by Douglas E. Winter). Through Written Backwards, an imprint of Dark Regions Press, he is responsible for producing works of psychological horror, dark science fiction, and speculative fiction, anthologies such as PELLUCID LUNACY, QUALIA NOUS, THE LIBRARY OF THE DEAD (illustrated by GAK), three volumes of CHIRAL MAD (the last illustrated by Glenn Chadbourne and introduced by Chuck Palahniuk), a fiction collection by Paul Michael Anderson called BONES ARE MADE TO BE BROKEN (illustrated by Pat R. Steiner and introduced by Damien Angelica Walters), and ALLEVON, a series of illustrated books that include Gene O'Neill's novella AT THE LAZY K (illustrated by L.A. Spooner and introduced by Rena Mason), and a collection of zombie novelettes by Scott Edelman called LIARS, FAKERS, AND THE DEAD WHO EAT THEM (illustrated by Daniele Serra and introduced by Brian Keene). Also under the Written Backwards imprint is The Cal Wild Chronicles, a 4-book series by Gene O'Neill (illustrated by Orion Zangara), a magnum opus including THE CONFESSIONS OF ST. ZACH, THE BURDEN OF INDIGO, THE NEAR FUTURE, and THE FAR FUTURE.In his spare time he is the Managing Editor of Science Fiction for Dark Regions Press, where he has created and edited original science fiction projects like YOU, HUMAN: an anthology of dark science fiction (co-illustrated by L.A. Spooner and Orion Zangara, and introduced by New York Times Bestselling author F. Paul Wilson), and OTHER MUSIC, the debut solo novel by Marc Levinthal (introduced by John Skipp).“Michael Bailey’s become one great editor. Rock-solid.” – Jack KetchumWebsite: nettirw.comBlog: blog.nettirw.comFacebook: facebook.com/nettirwTwitter: twitter.com/nettirwFor author interviews or reviews, please send queries to written@nettirw.com. 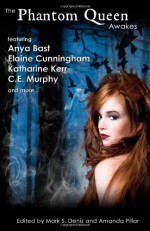 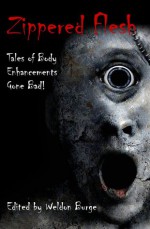 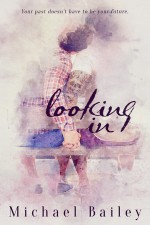 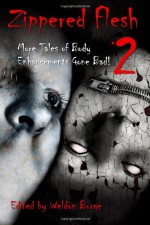 5 years ago
text Looking In
Originally reviewed at Sinfully.This is a good debut by Michael Bailey. There is a lot of potential in the writing with some very emotional moments and David and Adam are incredibly sweet together. It would have definitely received a higher rating from me if it hadn’t been for my issues with some st...
See review

5 years ago
text Looking In
This will likely be one of the most difficult reviews I have written…at least in the top 3. But one I feel important to write. There is absolutely no doubt that for a debut novel this one was one I wanted desperately to love. And while there is undoubtedly talent to this Author, regretfully this ...
See review

6 years ago
text Chiral Mad 3
Chiral Mad 3 was an interesting book. I’d never read an anthology which put poems side by side with stories, and peppered the pages with illustrations too. Visually, it was a nice change, and I’d say it looks much better on paper than it did as an e-book. It’s fairly easy to get through, and didn’t ...
See review

7 years ago
text The Library of The Dead: an anthology edited by Michael Bailey
The Library of the Dead is an anthology edited by Michael Bailey and containing one of the last stories written by the late JF Gonzalez. There are fifteen stories by various authors including Brian Keene, Kealan Patrick Burke, Michael McBride, Christopher Golden, Tim Lebbon, Gary Braunbeck and an af...
See review

7 years ago
text Left or Right?
This anthology was a Down Syndrome charity effort, as was Chiral Mad its predecessor. These charity things can be somewhat dodgy in that there is a lot of "emerging talent" in the new stories and many of the A-list talents supply reruns. This collection however exceeded my expectations and actually ...
See review
see community reviews
Need help?