Log in with Facebook
or
Wrong email address or username
Sign up
Already on BookLikes? Log in!
Incorrect verification code
Please, check your email, the code to access your BookLikes blog was sent to you already.
Enter code:
« Back Send
back to top
Search tags: Emma-Chase 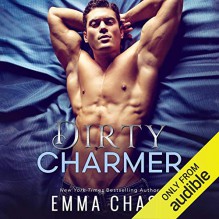 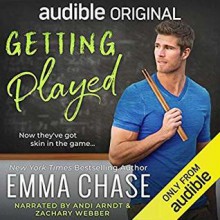 I Picked Up This Book Because: Random Audible Escape pick.

I really enjoyed Dean and Lainey’s backwards romance. I will admit I wasn’t on board for the hookup with the drummer right after a show thing but as the story continued to unfold I was 100% in. Dean is so sweet, Lainey is the best and she has raised a really sweet son (Jason).

Emma Chase doesn't push the envelope, she rewrites the whole script. Getting Played is an addictive romance in a sensual package. Dean and Lainey turn up the heat by breaking all the rules. Lust is instant, but love is everlasting. Can a surprise twist turn lust into a happy ending? Chase, Arndt and Webber are a seductive combination. A match made in audio heaven. 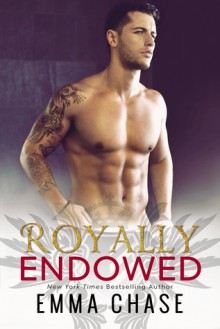 Third in the series

This was the third book in the Royally Yours series. The first brought you the gentleman. The second brought you the playboy. This one brings you the bodyguard. The strong silent martyr type. I loved this book the most out of the three. Logan was the ultimate hero. Ellie is young and carefree. She knows if she jumps blindly, Logan will catch her. And boy was he. Their relationship was gradual, sweet. She was first a job and then an obsession. Layers. Logan was a man of layers. He was Royally the best. ❤
Like Reblog Comment 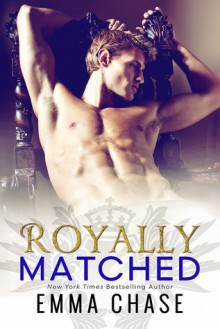 Book one was about Nicholas and Olivia, and I liked them, but book two is about Henry and Sarah and I liked them way better. Henry is the bad boy Prince. He was the spare while Nicholas was the heir. He never had to be serious knowing he'd never be king. But Nicholas changed that. Now Henry has to worry about laws, politicking, appearances, and future Kingship and heirs. He's met his match in Sarah, and his transition from bad boy to family man was a pleasure to read. I loved him best.
More posts
Your Dashboard view:
All Reviews Text Photo Quote Video URL Activities
Liked posts Top Tags
Press About Terms of Services Privacy Policy Contact Us Blog FAQ Patronaty medialne BookLikes for Authors Partners panel more...
Team Themes Docs API Blogs
Copyright © 2022 BookLikes