Log in with Facebook
or
Wrong email address or username
Sign up
Already on BookLikes? Log in!
Incorrect verification code
Please, check your email, the code to access your BookLikes blog was sent to you already.
Enter code:
« Back Send
back to top
Search tags: Katherine 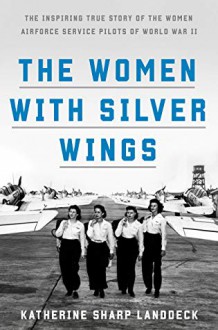 Ms. Landdeck is an associate professor and teaches courses on the twentieth century United States and global war. What an interesting read her book is.

“The Women with Silver Wings” is the culmination of her 20 years of research on the Women Airforce Service Pilots. The WASP were the first women in history to fly for the U.S. military, serving between 1942 and 1944 at the height of World WAR 11. These daring female aviators who helped the United States win WW 11 only to be forgotten by the country they served.

It has been a privilege for Ms. Landdeck get to know these women over years and to tell the stories of these amazing women in action. At the height of WW 11 more than 1000 women volunteered as civilian pilots to relieve men for overseas duty. They ferried planes across the country from factories to points of embarkation, towed targets behind planes to train ground and air gunners, test flew planes after repairs and other domestic flying duty that the Air Forces needed done. The author describes in details their day to day life: the months of training, were they were stationed, the types of aircraft they flew and their down time.

The WASP were deactivated in December 1944 up to 1977 they continued their battle to be officially recognised as part of the Military. In 1984 each pilot was awarded the WW 11 Victory medal and others the American Theater Ribbon and Campaign Medal. In 2009, after decades-long battle, the women contributions finally honored and were granted the Congressional Gold Medal and officially recognized as military veterans. The status fully recognised in 2017.

This book is superbly researched and consists of numerous vignettes of the remarkable pilots. It is smoothly written with relatively short chapters to keep us interested. In whole an easy read and a great educating tool.

On the down side: I found too much was said for a regular size book, information seemed cramped in. I was deeply into this book for most part but ¾ in, things started to turn in circle, became repetitive and dragged somewhat. I was anxious to see the ending by then. Having said this, I still would recommend this book to those who love this time in history.

I received an ARC from Crown Publishing via NetGalley for my thoughts. 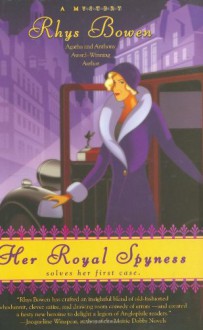 Strong start to an original and fun mystery series with a young, penniless daughter of a Duke as the reluctant sleuth.

I started this series at book six, "The Twelve Clues Of Christmas" which was such a splendid Christmas Cozy Mystery that I decided to go back to the beginning and read all the books in order.

The first book, "Her Royal Spyness" didn't disappoint. It kept me engaged and amused even though I already knew the basics of what the book sets up.

It's 1932 and Lady Victoria Georgiana Charlotte Eugenie (Georgie to her friends), a minor Royal, cousin of King George V of England, and thirty-fourth in line to the throne, has just moved to London from her ancestral castle in Scotland (now belonging to her brother, the Duke of Glen Garry and Rannoch, and his wife, to make her way in the world. Her recently deceased father was the previous Duke of Glen Garry and Rannoch, her mother is a famous actress and her grandfather is a cockney ex-policeman who lives in a semi-detached house in Essex. Georgie was educated at a Swiss Finishing School, knows all the right people, but has no money and no experience of life without servants.

The plot, which involves finding a body in Georgie's bathtub, her brother being accused of murder, the family estate being under threat and a secret mission being given to Georgie by the Queen, results in Georgie having to learn how to look after herself, solve a murder, make some money and try and survive the strong of accidents that befall her.

Georgie is easy to like. Her friends are fascinating, Her enemies are ruthless and her secret mission is probably doomed to failure.

What I liked most was the very satisfying mix of humour, history, social observation wrapped around a real mystery... or two... or three.

I strongly recommend the audiobook version. Katherine Kelligan does an excellent job of bringing all of the characters to life. Her narration made the book for me. Click on the SoundCloud link below to hear a sample. 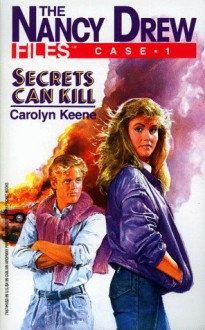 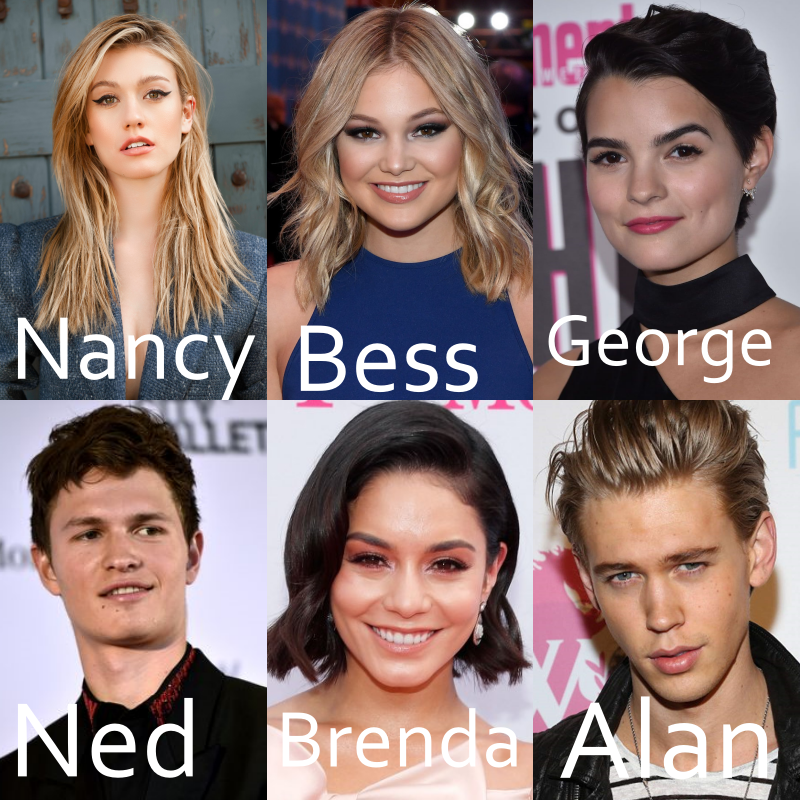 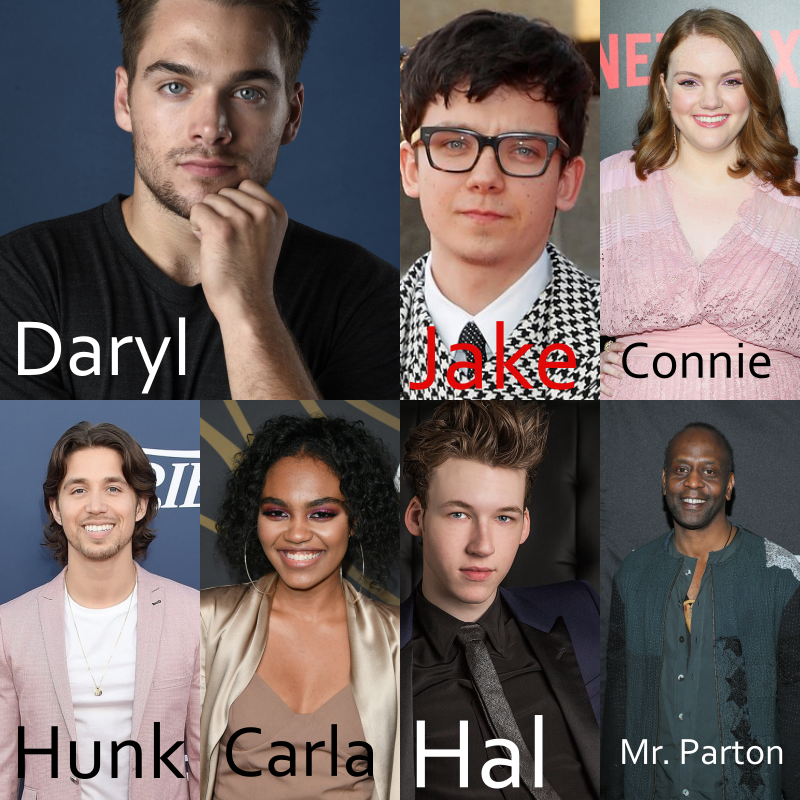 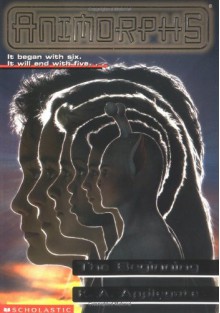 I did not know what to expect when I picked up this series at a flea market back in October. My memories were vague at best and I had only read a dozen or so of the books back when they were first produced.

This series stands apart from the other youth-market cash-grab book series in its scope and risks, but I don't see this ever catching on again except in isolated pockets where millennial parents put it in their children's way. The books physically are not aging well, either. The set I picked up, even the ones that superficially looked clean and uncreased, were visibly the worse for wear after my reading - and I've always been careful about spines.

Is this series worth the investment as an adult reader with many, many more arguably better options out there? If you're a lover of middle grade and ya fiction, particularly dystopian, it probably is. The series is made up of ridiculous moments, absurd lapses in logic, and continuity errors abound, however, Applegate didn't flinch when writing about the trauma of war and in the end, the characters rang true.

'The Beginning' covers the end of the war against the Yeerks and goes several years into the future covering the careers and the paths the surviving Animorphs took. The end...is a little frustrating, but after thinking and thinking and thinking about it, I like it. Wars don't end, and neither now will these characters. This was amazing. Finally, readers have Applegate's undivided attention and everything important that's gone down in the last few DOZEN books falls into place.

The abilities and firepower of the Animorphs and their few allies is nothing compared with the full force of the Yeerk Empire. A surprising development, well, surprising to all except Cassie, offers an interesting opportunity, but only Jake has the vision to bring the war to its conclusion.

Jake's plan is chilling and I do not know what I would have made of it if I had read this as a child. It works, of course it does, but...wow.

This is the penultimate book to the series, and I'm finding I don't want it to end.