Log in with Facebook
or
Wrong email address or username
Sign up
Already on BookLikes? Log in!
Incorrect verification code
Please, check your email, the code to access your BookLikes blog was sent to you already.
Enter code:
« Back Send
back to top
Search tags: Rabbit 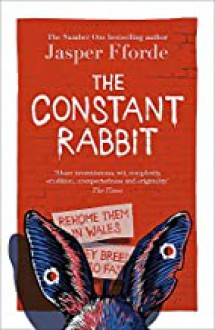 No one writes like Jasper Fforde. He has the ability to take the absurd & present it in a way that makes his version of an alternate society seems completely normal. So when you open this book & find yourself in an England where the neighbours might be 6 ft. talking rabbits, you merely shrug & think “Oh, right. Forgot that happened.”

That would be the Spontaneous Anthropomorphic Event, an unexplained aligning of elements that resulted in walking/talking rabbits joining society (along with a few other small mammals but please don’t mention the bees). Sure, there are small differences. They tend to settle disputes with duels & have a thing for dandelion brandy (“the diabolical 3-way love child of methanol, crack cocaine & U-Boat fuel”)

The MC & narrator is Peter Knox, a (human) single dad who works for the Rabbit Compliance Taskforce. Although the bunnies are technically integrated, they are subject to slightly different rules. Most live “within the fence”, approved colonies with restricted movement. But some live in town. Peter is one of the few who can actually tell them apart & it’s his job to identify any who have broken laws.

By now, this set-up should have you thinking about real life historical parallels. Now lets add in a prime minister with a secret agenda to transport all rabbits to a government facility in Wales. It’s called the Mega-Warren & PM Nigel Smethwick publicly promotes it as a wonderful place for the furballs to socialize & feel safe. But his party (UK Anti-rabbit Party or UKARP) are avid supporters of segregation. His character is portrayed as a hilariously inept idiot surrounded by henchmen & scary PR people.

Peter’s trouble begins when he bumps into Connie, a stunning bunny he knew in university. His old crush is alive & well & as he gets swept up in her life, he’ll be forced to choose sides as tensions rise.

It’s an entertaining story that can be enjoyed on a couple of levels. On the surface it’s fun, witty satire. Fforde loads it with great characters, ridiculous government acronyms & plenty of that painfully polite British gift for understatement that borders on subversive. But if you look a little deeper, there are thinly veiled jabs at issues that sadly, are prevalent in real life. Fake news, racism, xenophobia & the need for those in power to portray anyone who thinks or looks differently as being “other”.

Dialogue is dryly funny & there are many comic moments that make this a great read, especially during a time when we could all use a good laugh. If you enjoy this, I highly recommend his series featuring Thursday Next, Literary Detective extraordinaire. The sort of online rabbit hole one is liable to fall down in lockdown times ...

There's a company named Spirit of Spice that specializes in "whole seed" spice mixes all coming in their own little mills: I've been a fan of theirs for quite a while, though so far I've been buying their products in stores, not directly from them.  So when my stock of their garam masala mix went low and lower (during the lockdown of all times), I started to look for ways to replenish it ... it's heavenly with carrot and pumpkin soups, among other things, and has become an absolutely indispensible element of my cooking. -- In short order, I discovered they have an online store.  The outcome of my foray through the rabbit hole thus opening up arrived today ... and I absolutely love it, from the "look" of the package to the contents (of course) and the nice handwritten thank you note from one of the two managers -- who had even included a large-size bonus item in the package.

And when I put it all onto my spice shelves, I noticed that the contents of my Spirit of Spice mix of Provençal herbs (no tomato soup without it, ever again!) is also beginning to run a bit low.  Hmmm ... 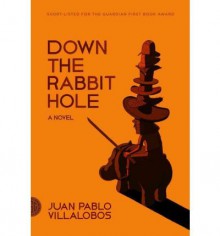 If you have seen Narcos on Netflix, then you should read this book. Seriously.

Villalobos' book is at once both horrifying and brilliant. Told from the viewpoint of a young boy who reveals far more than he believes, the book looks at not only the drug trade but also people's responses to it.

And the names are important.