Log in with Facebook
or
Wrong email address or username
Sign up
Already on BookLikes? Log in!
Incorrect verification code
Please, check your email, the code to access your BookLikes blog was sent to you already.
Enter code:
« Back Send
back to top
Search tags: nealy-wagner

The leads were besties for years. They participated in church events which got them together regularly. After crossing the line into more than just friends, they were caught and had no interaction for years. Now both have just graduated and end up working at the same college. One is a TA graduate student and one does press for the athletic department. Seems like a perfect way to pick back up. The problem is that one of the guys has some family baggage and issues getting in the way. They will have to be willing to go through a lot to be together. Hello Forever is a sad yet sweet story. It's about two boys becoming men and finding what they want in life. Fans of new adult romance, second chance romance or sports romance might want to check it out.
***Copy given in exchange for an honest review***

FGMAMTC Blog Review + Teaser
I love the way this author delivers interesting and emotional stories with deep down good characters. Josh and Caleb were raised in a religious cult. Growing up the way they did is a handicap in many ways, but it also gives them a certain genuineness. Caleb was given a little more freedom to go out into the world when the group had a need that couldn't be met on the compound. Josh wasn't allowed on the outside until he was cast out so he struggles more with knowing what's truly good or bad, dangerous or safe. I love him to pieces.
Although the boys have been sheltered from a lot of things, they have always been attracted to each other so it doesn't take long for things to heat up when they are allowed to be their true selves. This is an endearing romance with loads of wonderful people and plenty of sexy. If you are a fan of this author or MM, new adult, sweet n' spicy romance, you should give Goodbye Paradise a go.
***Copy given in exchange for an honest review*** 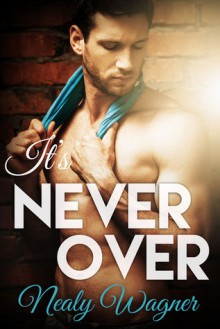 Second book in the series but can be a standalone.Not as good as book one but still a very enjoyable read.

Axel and Cax first meet at church camp when they are young and become great friends over the years.But when they are 16 a line is crossed and they are caught in a comprising position and both their parents are called for.Axel doesn't want to leave the camp,only wanting to spend whatever time he can with Cax.However he soon realizes Cax is gone from his life...

6 years later,Axel is considering taking a job at a small college.He's watching a game on TV when he sees Cax in the Audience.....decision made.

As a result of the incident when they were 16,Cax has totally surpressed his sexuality not helped by the fact his father is extremely homophobic and taunts him at every opportunity.He wants his own life but feels he has to remain firmly in the closet and look out for his 3 younger brothers.

Axel is gay and while he doesn't flaunt his sexuality he's not ashamed of it either.
The two men start a tentative friendship which eventually becomes something more but Cax is terrified of being 'outed'

Likable characters,hot sex...ok,the story line involving Cax's father was a bit unbelievable (imo) but I would recommend this one for M/M fans. 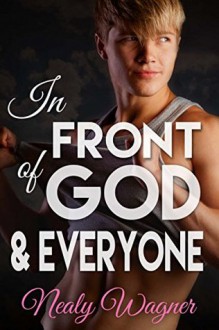 "Hi baby,"he said under his breath.He leaned in and kissed me on the lips,right in front of God and everyone.

Well,this one surprised me in a good way.I would probably never have read it if I hadn't read some friends reviews.

Josh and Caleb are 19 and 20 respectively and have lived in a polygamist compound for years.They have been best friends for years but recently Josh has been lusting after Caleb in a big way.
When Caleb realizes Josh is going to be cast aside he arranges to meet him and leaves the compound.

They set off to find Maggie who had escaped the compound years ago.Along the way they meet Washington ( a fantastic character ), who helps them.
They,tentivaly start to share their feelings for each other.
Although they are both virgins ( YES !! ), things heat up between them very nicely.There's a bit of ( delicious ) awkward fumbling between them initially but when they take things to the bedroom....and other surfaces,the sex is HOT with some dirty talk.
I just adored these two and how their story played out.

Fantastic secondary characters in Maggie,Dylan and the gorgeous Chloe.

Cax and Axel were best friends once, even though they only ever saw each other at Church Camp in the summer. But that all ended when they were 16 and they were caught making out.

Six years later Axel accepts a job in a small town, and he is thrilled to have found Cax again. But Cax tells him they cannot be friends because no one can know he is gay. He has to stay in the closet.

Cax has a mean father, who used to beat Cax up. He is convinced his father will cut off all ties with Cax once he finds out he is gay. That wouldn’t be a big deal if not for Cax’s 3 younger brothers. Cax tries to take care of them as best as he can, even though he is no longer living at home.

But Cax cannot resist the pull towards Axel. Especially once he realizes he never stopped loving him.

The writing in this had a nice flow to it and I happily sat down and read this in one afternoon. Not everything goes smoothly between Cax and Axel, but I wouldn’t necessarily call this an angsty read. It’s not really fluffy either, but I think the author has a nice way of taking the middle road.

And we got some lovely hurt/comfort thrown in there!

I do have to admit that the relationship felt a little underdeveloped at times. It was pretty much based on the love they had for each other when they were 16. But it didn’t bother me too much.

And I have to say that the sex in this was hot! We even got a little bit of dirty talk!

I had a great time reading this, and I would gladly read more by this author.