Log in with Facebook
or
Wrong email address or username
Sign up
Already on BookLikes? Log in!
Incorrect verification code
Please, check your email, the code to access your BookLikes blog was sent to you already.
Enter code:
« Back Send
back to top
Search tags: white-noise 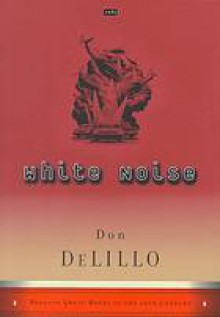 So this is the first DeLilo I've read.

It is beautifully written, and it was strange to read this in the mid of lockdown.  The book details a family dealing with a toxic spill in their city.  The father is a professor of Hitler studies, the mother has multiple jobs.  The kids are all different and strange.

It is beautifully written.  It is quite strange, but makes excellent comments on culture.

And it is 50 pages longer than it should be.

I am 50 pages in to this absolutely delightful book.  White Noise is a post modern novel that details the life of a College on the Hill professor, Jack Gladney.  Although Jack doesn't speak any German, he has staked his career as an expert in the field of Hitler studies.  Jack has been married multiple times and lives with his current wife Babette and kids/step-kids Heinrich, Denise, Steffie and Wilder.

50 pages into the book we seem to be still within the character development stage of the book.  Rumor has it that there is going to be some big Airborne Toxic Event.

I have a really hard time with these types of books.  It had no real plot.  It just sort of meandered along with all of the characters being hopelessly cynical about life and death.  I felt like the author could have made his point in 100 pages rather than three times that many.  Maybe it is me - I just don't enjoy a book where the characters take no real joy out of life.  Especially when that seems to be the point of the book. 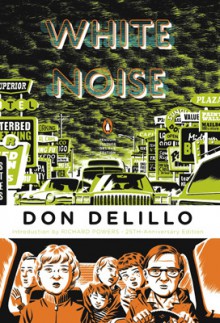 I am not sure what I was expecting from this one since I had never heard of Don DeLillo prior to seeing my friend Edward’s review. I didn’t read the synopsis and didn’t look at any spoilery reviews, but pictured it to be something else entirely. I was pleasantly surprised at how much I enjoyed it even though the structure threw me off a bit at first. Much darker and funnier than I anticipated with some pretty heavy themes and commentary. A well done and interesting read. 3.5 Stars.
Like Reblog Comment
show activity (+) 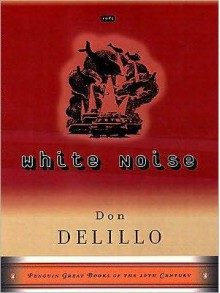 I don't know why but I just can't get this book finished. I've tried several times, and even buckled down and tried the audiobook (which went better), but I get 20-25% of the way through and just lose interest in the characters. The MC/Narrator in particular is just so ridiculously smug about everything.

I think I'll try again, but I need to give it a break. Perhaps a winter book, not a spring/summer one. So consider this non-review a reminder to myself why I actually want to retry this one.

Some of the writing though, is just terrific and I can see why this is well liked. A little hard to grab quotes out of an audiobook but this one grabbed me enough to relisten and write it down, a perfect description of a dog day afternoon near the end of summer:

"The air was a reverie of wistful summer things, the last languorous day, a chance to go bare-limbed once more, smell the mown clover"

While the younger kids come off a little too "Dawson's Creek dialogue", the older teenage son reminds me strongly of trying to have an argument with my own teenagers with their inexorable ability to twist logic (and reality) to their own whims. Unfortunately, he's fairly rarely seen or heard from, certainly not enough to keep me reading, and he's still a couple of years too young at 14 to really be having most of these conversations.

Even so, as a parent, finding yourself asking increasingly precise questions trying to get a straight answer out of an obstreperous teenager while they proceed to bend semantics in order to avoid giving one is all too familiar.

“Rain is a noun. Is there rain here, in this precise locality, at whatever time within the next two minutes that you choose to respond to the question?”

“If you want to talk about this precise locality while you’re in a vehicle that’s obviously moving, then I think that’s the trouble with this discussion.”