Log in with Facebook
or
Wrong email address or username
Sign up
Already on BookLikes? Log in!
Incorrect verification code
Please, check your email, the code to access your BookLikes blog was sent to you already.
Enter code:
« Back Send
back to top
Search tags: world-history 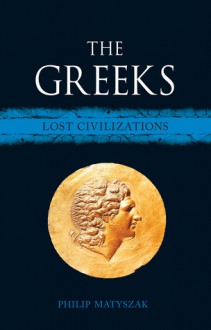 "During the first and second millennia BCE a swathe of nomadic peoples migrated outward from Central Asia into the Eurasian periphery. One group of these people would find themselves encamped in an unpromising, arid region just south of the Caspian Sea. From these modest and uncertain beginnings, they would go on to form one of the most powerful empires in history: the Persian Empire. In this book, Geoffrey and Brenda Parker tell the captivating story of this ancient civilization and its enduring legacy to the world.
The authors examine the unique features of Persian life and trace their influence throughout the centuries. They examine the environmental difficulties the early Persians encountered and how, in overcoming them, they were able to develop a unique culture that would culminate in the massive, first empire, the Achaemenid Empire. Extending their influence into the maritime west, they fought the Greeks for mastery of the eastern Mediterranean—one of the most significant geopolitical contests of the ancient world. And the authors paint vivid portraits of Persian cities and their spectacular achievements: intricate and far-reaching roadways, an astonishing irrigation system that created desert paradises, and, above all, an extraordinary reflection of the diverse peoples that inhabited them.
Informed and original, this is a history of an incomparable culture whose influence can still be seen, millennia later, in modern-day Iran and the wider Middle East."

This book provides a broad, simplified, and somewhat bland, history of Persia from the Achaemenid Empire to modern Iranian times.  Informative and short. 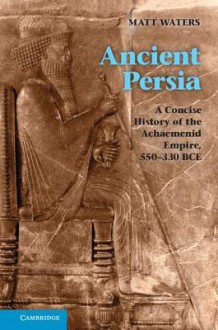 Matt Waters provides a detailed but brief historical overview of the Achaemenid period, 550-330 BCE. The author also examines the many interpretive problems historians face in constructing and understanding its history, especially since much of the history of this period is gained from Greek, rather than Persian sources. Interesting and informative. For a less scholarly text, try Persian Fire by Tom Holland.