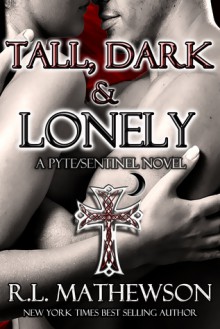 
Detective Ephraim Williams learned long ago not to show any emotion or allow himself to get attached to humans. What was the point? They came and went and he remained. This time wouldn't be any different or so he thought. When his landlady told him that her grandchildren were moving in he didn't expect much, well other than to be left alone. What he didn't expect was to have to fight bloodlust every time he so much as caught the scent of his delectable neighbor's blood or her bombarding him with questions every time she cornered him. If that's not bad enough, a Master from his past has found him once again and is demanding his blood and is willing to do anything to get it, even using the beautiful, irritating, neighbor that makes him feel more than pain for the first time in centuries to get it.
show less
Format: ebook
ISBN: 9780983212508
Publish date: 2011-03-14
Publisher: R.L. Mathewson
Pages no: 424
Edition language: English
Category:
Paranormal Romance, Erotic Romance
Series: Pyte/Sentinel (#1)

8 years ago
http://ritastradling.booklikes.com anti-book-snob 0.0 Tall, Dark & Lonely
text Tall, Dark & Lonely
Okay so I'm not going to rate this because I think this book deserves a higher rating than what I would give it. I rate based on my enjoyment NOT on the books worthwhile-ness. I think there are two types of paranormal romance: paranormal novels with a romance twist (for example: [b:Dragon Bound|963...
See review

9 years ago
http://LisaP.booklikes.com LisaP 4.0 Tall, Dark & Lonely
text Tall, Dark & Lonely
Tall, Dark & Lonely is book one in R.L. Mathewson’s Pyte/Sentinel series. I loved this author’s Neighbors from Hell series and have been meaning to give this series a go. I am so glad that I took the plunge. While this is definitely not an overly complicated paranormal world that Ms. Mathewson has c...
See review

walk the beat rated it

10 years ago
http://daarc.booklikes.com daarc 5.0
text
This author is probably one of my faves :-) This story, though not very unique was very well done! Madison was truly an inspirational, strong female lead. Though she may not be a literal fighter, she figuratively fights all her battles and obstacles in her way. With a deadbeat mom, Madison takes car...
See review
see community reviews