Tom Bradley
tombradley.orgTom Bradley is one of the most exasperating, offensive, pleasurable, and brilliant writers I know. I recommend his work to anyone with spiritual fortitude and a taste for something so strange that it might well be genius.--Denis Dutton, editor of Arts & Letters Daily ("among the... show more

tombradley.orgTom Bradley is one of the most exasperating, offensive, pleasurable, and brilliant writers I know. I recommend his work to anyone with spiritual fortitude and a taste for something so strange that it might well be genius.--Denis Dutton, editor of Arts & Letters Daily ("among the most influential media personalities in the world," Time Magazine 14 June 2004, U.S. edition)The contemporaries of Michelangelo found it useful to employ the term terribilita to characterize some of the expressions of his genius, and I will quote it here to sum up the shocking impact of this novel as a whole. I read it in a state of fascination, admiration, awe, anxiety, and outrage.--R.V. Cassill, editor of The Norton Anthology of Short FictionBradley's characters tend to be less than respectable, yet imbued with a ferocious sense of the absurd, which is essential for survival and sanity--or at least what passes for sanity--in environments akin to madhouses...Dr. Bradley is a Class-A tongue-in-cheek satirist, and some of his sharpest barbs are those that zoom in on the pompous and pretentious world of modern--or post-modern--literature.--Pacific Rim Review of Books...impressive, funny, pleasantly challenging, and utterly unique.--Dennis Loy Johnson, Moby LivesThe real point of reading Bradley, aside from his illumination of the ridiculous and grotesque world around us, is the rolling cadence of his pitch-perfect writing. We prize competent prose here at Danse Macabre, but we absolutely adore the rich, coloratura tones of Bradley's work, the strong, steady voice guiding us with spot-on verbiage and heady switchbacks to revelations by turns disgusting, divine, and gut-bustingly hilarious.--James Kendley, Danse MacabreWhen is the world going to wake up to the genius of Tom Bradley? ...one of the most criminally underrated authors on the planet.--Andrew Gallix, 3:am MagazineBeyond the flawless surface of his stylistic facility, I am most impressed by Tom Bradley's ability to walk the edge of a tone that is simultaneously irreverent and profoundly serious. His work derives from the tradition of bawdy and absurdist black comedy of the late sixties, but is not an imitative slave to that tradition. It seems to me that Bradley has learned well from that generation of authors, but has mitigated their example with an even more traditional moral seriousness. It is a delight to be able to laugh aloud when one reads, and it is even more satisfying when there is a significant point to the laughter. --Gordon Weaver, author of The Way We Know in DreamsTom Bradley is the libertine that Camille Paglia tries to portray herself as, in order to keep her Jocasta fantasies at bay.--Jonathan Penton, "When Spencer met Hannibal: Recreational Cannibalism in the New American Century"The fetid swamp of patriotism. The vapid legacy of TV culture. The intolerable stench of America's meat-based habits. Tom Bradley has seen it all coming and given it an inimitable voice. His prose delights as it slices and carves. His ideas entertain even as they challenge and provoke. We finally have a term for what falls between fiction and non-fiction: Bradley.--Mickey Z., author of Dear VitoBrilliant evocative writing. Bizarre imagination let free--an enviable skill. --Consuelo Roland, author of The Good Cemetery GuideA drowning tide of ebullient doom...--Phil RockstrohTom Bradley is a writer of truly extravagant gifts...It is remarkable to me that anyone who writes at such length could have an ear as fine as his for the rhythms of prose--but every sentence is considered, balanced and felicitous... I'd be hard pressed to think of any writer who has Bradley's stamina, his range, his learning, his felicity.--Stephen Goodwin, author of Blood in ParadiseBradley's trajectory of books, from the early SAM EDWINE NOVELS up through the mesmeric satire of VITAL FLUID and essay collections like PUT IT DOWN IN A BOOK, is toward a geist where categories have yet to be described. The fastenings and joineries of his new textual and graphic ubiety are measured in calibrations from some other dimension where the usual sockets and taper points of critical disassembly have to be replaced. Even with that, FAMILY ROMANCE is deviously structured to lead conclusion jumpers straight to the Hall of Laughter.--NPR commentator Andrei Codrescu's Exquisite Corpse JournalIt takes a twisted sense of humor to appreciate this lunatic scholar, degenerate Harold Bloom, and biblical madman.--John-Ivan Palmer, nthposition MagazineI found Acting Alone to have an incredible energy level.--Stanley Elkin, author of A Bad ManTom Bradley, this enormously misplaced exile, as he enters his second quarter century commuting back and forth between Hiroshima and "Naga-etcetera," would make Lafcadio Hearn reel with laughter, if not shake his head in wonder. --Lolita Lark, editor of RALPH Magazine...an astute thinker and a stylist of rare brilliance...more than lives up to the glowing recommendation....expressed with great insight and charm...--Harold LimeTom Bradley is one of the most misunderstood and ill-appreciated master-writers on the planet... This spectacular literary Lucifer, star of the East, talks like Hume might be imagined to have spoken to the comely Grisettes of pre-Revolutionary Paris (Well, here we are, young ladies! Here we are!)...--Jesse Glass, author of The Lost PoetI tell you that Dr. Bradley has devoted his existence to writing, number one, because it's fun (I mean the big complicated fun that none of us can ever hope to imagine, except during infinitesimally brief and rare moments in nature), and, number two, because he intends for every center of consciousness, everywhere, in all planes and conditions (not just terrestrial female Homo sapiens in breeding prime) to love him, forever, starting as soon as possible, though he's prepared to wait thousands of centuries after he's dead, or even longer if it turns out to be necessary. That's the ambition he cherishes. Talk about an ability to defer gratification... --Cye Johan, Critical Appendix, Fission Among the Fanatics (Spuyten Duyvil Books, NYC) 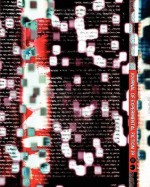 Hospital Pharmacy and the Patient - Tom ...

10 years ago
text Lemur
Bradley's Characters are enjoyable people. Spencer the would be serial killer, just does not have the guts to spill some. Reads all about his idols; Ted Bundy, Son of Sam, etc. He works in a dinner as a bus boy. Overall I like the authors character development, but the plot was missing something or ...
See review

10 years ago
text
Lemuel's Family Restaurant's loser bus boy Spencer Sproul longs to be a serial killer like his heroes but just doesn't have the aptitude for it, until he determines that he can use the restaurant itself to torture his victims...When I saw the demented drawing of Lemmy the Lemur on the cover, I knew ...
See review
see community reviews
Need help?