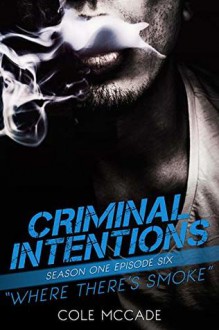 They say where there's smoke, there's fire—but Malcolm and Seong-Jae have a lot of blood and no body in a case where the only witness to a murder may be the killer himself. Yet as they chase down a victim who may or may not exist in a crime that may or may not have happened, it's the sparks flying between them that threaten to ignite into dangerous flame...and by the time this case is over, their relationship may never be the same. One kiss, one case, one night may change everything...

...and when Malcolm and Seong-Jae come together, someone's going to get burned.