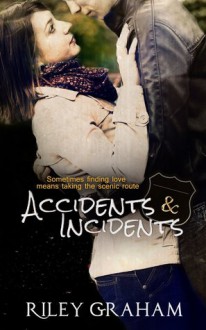 Living with her faultfinding mother has taught Leslie not to ask for much. Just watch your step, stay on the sidelines, and take what you can get. But she wants a mom who thanks her for cleaning the kitchen instead of yelling at her for missing a spot, and a boyfriend who does more than score her a seat at the popular table—someone who actually notices her sitting there.

So when Cain, the school heartbreaker, turns his Carolina blue eyes her way, Leslie can’t help but be tempted, even if he’s her boyfriend’s best friend. Things get even more complicated when Leslie strikes up unlikely friendships with Meredith, Cain’s girlfriend, and Dennis, a boy addicted to cigarettes and solitude. Despite his tough exterior, Dennis seems to understand Leslie in a way that no one ever has, and to need her as much as she needs him.

For the first time in her life, Leslie feels like she could belong. She’s just not sure where.

Just in time for the holidays, this teen romance features a Halloween betrayal, a Thanksgiving revelation, an unexpected Christmas gift, and a New Year’s Eve party where everything comes to a head. Will Leslie ring in the New Year with the right guy, or end up right back where she started—alone?

When we got to his apartment, we both sat in silence. I knew, without looking, that he was trying to wipe his face as inconspicuously as I was wiping mine, rubbing my hands against my cheeks as if I were just tired and trying to force myself awake. I had taken the only empty spot, just under a flood lamp, and light filled the car.

He slid his seatbelt off and I turned to face him, but he was reaching for his jacket on the floor. He pulled out a small bag he’d hidden there, and the plastic rustled as he opened it to reveal a package wrapped in gold foil.

“I got this for you,” he said, looking at me for the first time since we stopped. His eyes were red and sad.

“Oh.” I took the gift from his hand and turned it over. I could tell he must have wrapped it himself, because the folds were a little uneven. “I didn’t get you anything. I was going to get you an ornament—”

He touched me on the shoulder. “Don’t worry about it. It’s nothing much. I just saw it and thought of you.”

“Okay. I’ll open it now.” I lifted one edge of the paper and slid a finger underneath the fold, careful not to tear anything. When I’d loosened the wrapping enough, I pulled out what was inside: a DVD of The Notebook.

“I remembered you said how much you liked it. I taped the receipt to the back in case you have it already.”

“No, I don’t. Thanks. It’s a perfect gift.” I undid my seatbelt and leaned over to kiss him on the cheek. His skin was soft and smooth.

He turned his face toward mine. “Try not to cry too much when you watch it.”

“Sometimes it’s good to cry.” I leaned a little closer.

When the outside light from his apartment flicked on, we both pulled back.

8 years ago
http://ina1811.booklikes.com Ivana - Diary Of Difference 5.0 Accidents & Incidents
text Accidents & Incidents
I finally found some time to read this book. I wasn't able to stop. I connected to the main character, and there were times when I knew exactly how she felt, because I had the same experience in my life. I really though she would go for Cain at the beginning, because all the story was connecting her...
See review

9 years ago
http://DaniJ.booklikes.com Kindle Euphoria 4.0 Accidents & Incidents - Riley Graham
text Accidents & Incidents - Riley Graham
4 YA StarsSynopsis -Sometimes finding love means taking the scenic route ...Living with her faultfinding mother has taught Leslie not to ask for much. Just watch your step, stay on the sidelines, and take what you can get. But she wants a mom who thanks her for cleaning the kitchen instead of yellin...
See review
see community reviews