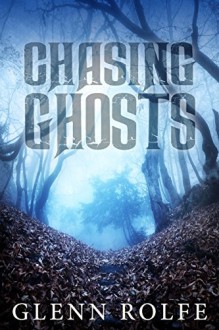 Luke Howard and his mom move to Naples and Luke’s eager to make new friends. When Jason and Davey invite him out to the abandoned Cobb place for a game they call “chasing ghosts,” he’s ready and willing. However, the boys will come to discover that some vacant houses are better left to die alone.

Meanwhile, a punk band set to play in a rented cabin out of town feel eyes upon them. Somebody’s watching, but not their usual audience. When their lead singer strays too far from the group and disappears, his band mates set out in the darkness to find him.

Police Chief Walt Henderson is about to discover that there’s more going on out in the woods of his town than he ever imagined.

2 years ago
http://boudicca.booklikes.com alwaysbooks 2.0
text
Extensive woods and who or what lives in them. This would be great for anyone who wants a quick read, a very quick read! Too long for a short story and not long enough for a novel. No real excitement or scary moments, just a disappointing tale, sadly.
See review

2 years ago
http://charlene.booklikes.com Char's Horror Corner 4.0 Chasing Ghosts by Glenn Rolfe
text Chasing Ghosts by Glenn Rolfe
Have you ever read Jack Ketchum's OFF SEASON? If you did and you enjoyed it I recommend you give CHASING GHOSTS a go! This novella flies by with the usual type of horror happenings. A gathering at a cabin with a bunch of hipsters ends up turning out to be something of a snack bar for your local hi...
See review