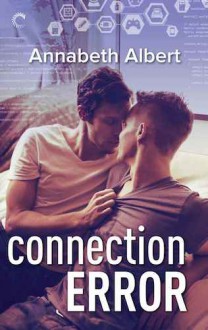 Ryan Orson refuses to let his severe injuries pause his career as a navy SEAL. He's got hours of grueling physical therapy ahead of him, and no time for anything that might get in the way of his return to active duty. But that doesn't mean he's above a little first-class flirtation with geeky-cute Josiah.

When a delay strands the pair in St. Louis, they agree to share a hotel room and a night of gaming. Neither expects their new connection to move to the next level in the light of day. Opposites may attract, but is this game over before it's even begun?
show less
Format: Kindle Edition
ISBN: 9781459290679
ASIN: B01A5O2ENG
Publish date: 2016-09-01
Publisher: Carina Press
Pages no: 245
Edition language: English
Category:
Glbt, M M Romance, Gay Romance
Series: #gaymers (#3)

6 years ago
http://blub.booklikes.com blub 4.0 Connection Error
text Connection Error
Great audio, loved the distinction in the voices between the characters. It was clear and smoothing and well paced. Definitely added a liveliness to the story.Great story too Ryan and Josiah were perfect together and I liked that they were so supportive with each other. Loved getting to know them an...
See review

6 years ago
http://Bookfields.booklikes.com Gosh I Wish I was a Good Writer 5.0 Oh YES!
text Oh YES!
I love when a book makes me mad because I'm a slow reader and I can't wait to find out what's going to happen next. I love when a book makes me glad I'm a slow reader because I want to spend as much time as possible with the characters. I absolutely loved this book. Both characters had some tough de...
See review

Nadine's Obsessed with Books rated it

6 years ago
http://nadinebookaholic.booklikes.com Nadine's Obsessed with Books 4.0 opposites do attract
text opposites do attract
This is the third installment of the #gaymers series, and if you have enjoyed the previous two books Status Update & Beta Test then you are really going to love this book. I have to say that I have been looking forward to Josiah's story for a while, he is the geeky, no filter, ADHD, lovable co-worke...
See review

6 years ago
http://SusanReads.booklikes.com Susan 2.5 Review: Connection Error (#gaymers #3)
text Review: Connection Error (#gaymers #3)
Unpopular opinion coming up... I seem to be the only one who didn't like this, so it definitely must be me then. I loved the first two books in this series, especially book 2. But this one…. I didn’t like all that much. I have to say there were some parts I did like, but near the end it got awfu...
See review
see community reviews