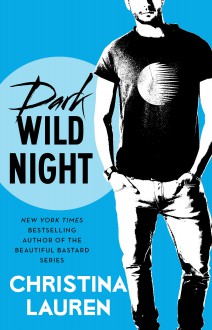 Lola and Oliver like to congratulate themselves on having the good sense to not consummate their drunken Las Vegas wedding. If they’d doubled-down on that mistake, their Just Friends situation might not be half as great as it is now.

In reality, Lola’s wanted Oliver since day one—and over time has only fallen harder for his sexy Aussie accent and easygoing ability to take her as she comes. More at home in her studio than in baring herself to people, Lola’s instinctive comfort around Oliver nearly seems too good to be true. So why ruin a good thing?

Even as geek girls fawn over him, Oliver can’t get his mind off what he didn’t do with Lola when he had the chance. He knows what he wants with her now ... and it’s far outside the friend zone. When Lola’s graphic novel starts getting national acclaim—and is then fast-tracked for a major motion picture—Oliver steps up to be there for her whenever she needs him. After all, she’s not the kind of girl who likes all that attention, but maybe she’s the kind who’ll eventually like him.

Party of Five rated it

4 years ago
http://PartyofFive.booklikes.com Party of Five 5.0 Dark Wild Night
text Dark Wild Night
This is the third book in the series. Poor Lola. I felt so much stress for her as her deadline neared. Oliver was the perfect foil for all the chaos in her life. I've loved these stories, reading of three best girl friends meeting three best guy friends. Each story has been great getting to these ch...
See review

6 years ago
http://ToniFGMAMTC.booklikes.com Fangirl Moments and My Two Cents 4.0 Dark Wild Night
text Dark Wild Night
This is one of those cute, adorable romances with likable characters (and plenty of sexy). I enjoyed the whole thing. Lola and Oliver are good people. They are best friends wanting more. Life gets in the way a bit, but they're mature enough to get it right before it goes too far. Dark Wild Nigh...
See review

7 years ago
http://Twimom227.booklikes.com That's What I'm Talking About 4.5 Review: Dark Wild Night by Christina Lauren
text Review: Dark Wild Night by Christina Lauren
Oliver and Lola have been best of friends for eight months, ever since they were briefly married in a wild night in Vegas. However, unlike their friends, Oliver and Lola never consummated their relationship, and have remained strictly in the friend zone. Lola is consumed by her work: becoming a NYT ...
See review

7 years ago
http://shygirl.booklikes.com Shygirl: Reading After Midnight 4.5 Delightfully Nerdy Friends-To-Lovers Romance
text Delightfully Nerdy Friends-To-Lovers Romance
Dark Wild Night had too many wonderful qualities to list every single one, but I think charming pretty much sums it up. The storyline, the characters, and the awesome humor that only the duo of Christina Lauren can create were all simply charming. ‘As soon as we open our hearts up to love, we show ...
See review

What Low Reads rated it