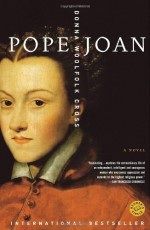 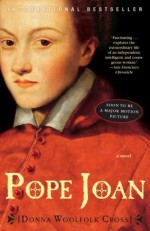 8 years ago
text Pope Joan: A Novel
This is historic fiction at its best. The story of a intelligent young girl who hid her gender so that she could study in the monasteries. She rose in the Catholic hierarchy all the way to the top to become Pope - I guess she really leaned in to her career! People in Rome still talk about whether...
See review

9 years ago
text
I have wanted to read this book for so long and now I'm done! What do I say about this, the idea that a woman could rise above her "station" in the 9th century and become one of the most revered and powerful figures in her society?I love it! The author provides some compelling evidence to toward the...
See review

I, the booklover rated it

10 years ago
text
NO SPOILERS!!!In conclusion, having completed this novel, having struggled through to the end, I can say I did not like it. I didn't like it from the start to the end. When I voice this opinion, I am obviously in the minority. I do appreciate that the author concluded with an informative author's n...
See review

10 years ago
text
While I am a lapsed Catholic, my parents are still very much involved in the Church themselves. My father, however, is a great lover of Catholic history, myth, and controversies, and loaned me Pope Joan: A Novel by Donna Woolfolk Cross in a swap for The DaVinci Code.::: The Legend Becomes Fiction ::...
See review
see community reviews
Need help?