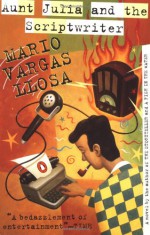 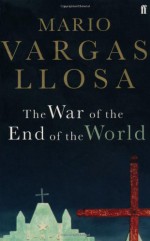 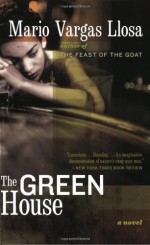 3 years ago
text Reading progress update: I've read 13%.
So, what do you guys think? Should I continue? I think I will, it's only 150 pages.
See review

3 years ago
text Ham-Fistedness: "Cinco Esquinas" by Mario Vargas Llosa
(Original Review, 2016-03-05)I'm really glad that Mario Vargas Llosa's “Cinco Esquinas” wasn't the first of his books that I've read or I'd have abandoned his work forever. An unbidden, recurring image of him hunched over his keyboard, lickerish and drooling, haunted me as I read what were surely hi...
See review

4 years ago
text The Feast of the Goat by Mario Vargas Llosa
The Feast of the Goat was the last book picked by my RL book club and I’m so grateful that they chose it, otherwise I mightn’t have read this fantastic book about the Trujillo era. The book starts off by introducing us to Urania Cabal who has just returned to the Dominican Republic at the age of f...
See review

4 years ago
text Reading progress update: I've read 72 out of 475 pages.
When I saw him so absorbed in his reading, for he was reading as he walked, my curiosity was piqued. You know how much I love books. I could not have been more astonished. He can not be in his right mind. Do you know what he was enjoying so much? A book about Chinese tortures, with photographs of th...
See review

4 years ago
text Reading progress update: I've read 31 out of 475 pages.
I'd just started an Irvine Welsh novel when I remembered that I have a meeting of my RL book club at the end of the month *slaps head*. With that in mind I decided I should really get started on this as I'm not getting a lot of time to read at the minute, due to writing commitments. So far I'm rea...
See review
see community reviews
Need help?