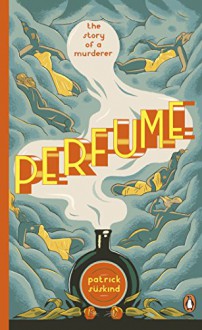 4 years ago
http://blahblahblah.booklikes.com Lillelara 5.0 Perfume: The Story of a Murderer
text Perfume: The Story of a Murderer
Jean-Baptiste Grenouille, born amongst fish offals, is a peculiar child. He has an extraordinary sense of smell, yet he himself doesn´t have a smell of his own. As Grenouille becomes older, he gets more and more obsessed about the smells surrounding him and as time goes by there is only one thing he...
See review

A Throne of Books rated it

5 years ago
http://athroneofbooks.booklikes.com A Throne of Books 4.0 Perfume: The Story of a Murderer Review
text Perfume: The Story of a Murderer Review
4/5 stars This book. Wow. I started off wanting more than anything to love it, looking past any of the little things that bugged me. Suskind wrote in long sentences. At times he seemed to lose his train of thought only to hurriedly finish the thought at the end of a daunting sentence. He also would ...
See review

6 years ago
http://ArtemisiaAcuminata.booklikes.com Words, words, words 4.0 Perfume: The Story of a Murderer
text Perfume: The Story of a Murderer
Groveling, repulsive husk of a man with exceptional nose but no body odour butchers virgin women in the attempt to turn them into perfume, is caught and released due to having driven the people of France to orgiastic adoration, decides there's no space for joy in his blackened heart and returns to P...
See review