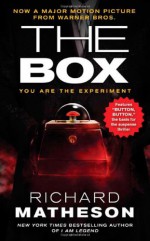 2 years ago
text I Am Legend
by Richard Matheson Vampires have taken over the world and only one human, Robert Neville, is left, trying to survive night after night while the local vampires taunt him and try to lure him out of his fortress. This is a post-apocalyptic story that reminds me of zombie stories, where a lone survi...
See review

2 years ago
text Great Horror Book, but Definitely Dated
I really enjoyed reading this one! I watched the movie starring Kevin Bacon when it came out and I thought it did a great job with updating this source material into modern times. They do keep some of the same elements here and there, though they change the person who was murdered and why. I liked t...
See review

2 years ago
text
The reader suspects that Matheson has issues. Big ones. With women and anger, primarily. But, as the Spouse pointed out, the first two thirds of "Legend" are brilliant. Neville teaching himself science in order to figure out the world he now lives in, that's quality stuff. His own obtuseness, howeve...
See review

3 years ago
text Flight or Fright
I listened to the unabridged audiobook. I have to thank my library and Overdrive for saving me some cash, especially since too many of the stories here were a little meh for my liking.This anthology features stories about the fear of flying and the terrible things the imagination and reality can coo...
See review

3 years ago
text Don't Know What I Was Supposed to Take Away From This One...
I tried to get into it, but Robert Neville in "I Am Legend" kind of sucks. You feel sorry for him for losing his wife and daughter, but then Matheson will have him talk about how the vampires that are women are trying to seduce him and a few times he has to talk himself out of going outside to them....
See review
see community reviews
Need help?