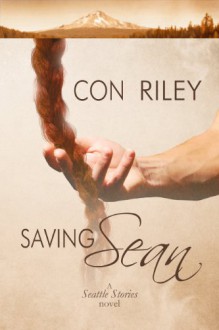 2.50 15
A Seattle Stories novel Nearly a year after being rejected for another man, Seattle paramedic Peter Morse is still pining, so when the one that got away asks him for a favor, he agrees. His mission: track down Sean Reid, the runaway brother of a mutual friend. Peter isn’t thrilled about... show more
A Seattle Stories novel

Nearly a year after being rejected for another man, Seattle paramedic Peter Morse is still pining, so when the one that got away asks him for a favor, he agrees. His mission: track down Sean Reid, the runaway brother of a mutual friend. Peter isn’t thrilled about it—until he finds Sean injured by the side of the road.

Everything about Sean stirs Peter’s protective instincts—saving people is what he lives for—but he never anticipated falling for someone so hell-bent on running away. On top of his physical wounds, Sean struggles with grief and guilt, and the mess his estranged father left when he died threatens to overwhelm him.

10 years ago
http://genao.booklikes.com julio-alexi genao 4.0 Saving Sean (Seattle Stories)
text Saving Sean (Seattle Stories)
sophomore slump—or superior sequel?the answer is: yes.this book is ambitious as hell. while not entirely successful in its every gambit, it is still a damned fine piece of work, all the same.it demands you sit back and be told the story—to stop pushing, and be guided instead.over and over, you'll fi...
See review

10 years ago
http://Eisheth.booklikes.com Eisheth 3.0
text
Not a bad book on its own merit, but kind of a letdown the first book in this series. The plot went in circles a lot, and the climax wasn't very climactic.
See review

HJL Reviews and Musings rated it

10 years ago
http://hjleonard.booklikes.com HJL Reviews and Musings 3.0
text
Not quite as good as After Ben, but still a good story, overall. I do wish that there would be some POV from the other main characters in the books, because I do find it a bit difficult to connect with them (Morgan from the 1st book, Sean from this one).
See review

The Book Hammock (Eleanor) rated it

10 years ago
http://eleanorn.booklikes.com The Book Hammock (Eleanor) 4.0 Saving Sean (Seattle Stories)
text Saving Sean (Seattle Stories)
Sigh. Sean and Peter... so adorable!Admittedly, this story didn't grip me as much as After Ben did, but it was still engaging, flowing, angsty and sweet.Some tough mental illnesses are tackled in this one, and it's done in a very mature way. I can't wait for Aiden and Marco's story. They are so diff...
See review
see community reviews