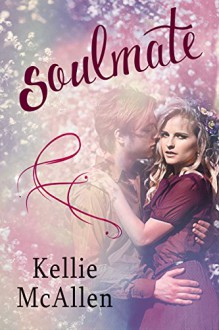 Hit with the triple-whammy stress of trying to make new friends (and her first boyfriend) in a new school, in a new town, far away from the only other person who has ever understood her, Rachel’s relationship with Rider is strained by the choices that she makes, choices that ultimately lead to their separation. When a tragic accident tears them apart, can Rachel learn to live and love again?

What readers are saying:
"I loved it! Once I started I was so intrigued by the story line, couldn't put it down. There were moments that left me swept away with the characters and then I was moved to the edge of my seat! You will be blown away by the twist and you will fall in love with the characters leaving you asking where is the sequel?! I am an avid book reader and I've read this twice! Settle in with this book you will read it cover to cover!!"

"Soulmate is a must-read! The characters were real and believable, and the story line had me hooked from the beginning. I couldn't put this book down after starting it! The concept is unique and fascinating, and I eagerly await the sequel."

"I honestly dont know what to say about Soulmate other than it was amazing. It was well-written and had a unique plot line. Rider’s sarcastic comments were hilarious and it was nice to see that everything worked out in the end."

Scroll up and grab your copy now!