Log in with Facebook
or
Wrong email address or username
Sign up
Already on BookLikes? Log in!
Incorrect verification code
Please, check your email, the code to access your BookLikes blog was sent to you already.
Enter code:
« Back Send
back to top
Search tags: 2014-Audiobook-List 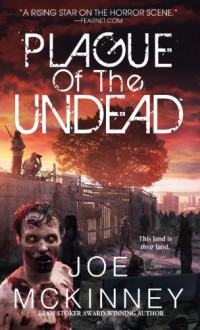 First the story was a bit off from 'normal' zombie stories. It had a very weird future not future feel to it. The story is pretty much zombie apocalypse. People surviving said zombies. But this had a unique take on things. The book takes place well after zombie invasion. And it settles in for a while on a small community of survivors. They decide to wander outside their safe zone and see what's still out there. Guess what? It's zombies! And other things. Both good and bad. The only way I can describe this without giving up the tale is to think M Night Shyamalan. Then at the end you get sucked into a few more views of the zombie timeline. It had gore. Which I love! And then it had a very interesting human story. The characters were unique. Were fleshed out well too. And the story moves along from one perilous adventure to another.

But towards the end, I was silently weeping. Yeah. The reality of the situation felt tangible. I was there. I was so immersed into the story, I was there. A silent journeyman. This book is everything I love about zombie stories. There is the intensity and the gore. And then before you know it, there is the reality and the hopeless nature of things. The realization that the world is not the way it was before you closed your eyes. And suddenly you are the alien in this world of dead. And you must survive it. Or become it. 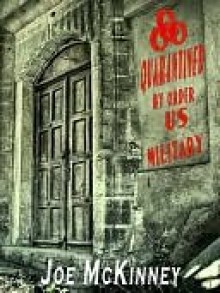 Let's see. What can I say about this audiobook? I loved it! Virus. Check. Walled in city. Check. Murder mystery. Check. Human interest. Check. Welp. It's all there. This was a short listen. I think like 6 hours. And I think one of you had it on your list and it was a free audiobook! So thank you! This audiobook will be the gateway to a new author for me to explore. You know I love zombies. And this isn't zombies. But you also know I love viruses! And boy oh boy. This hit TOO close to home. N1H1 move over. Your big mean nasty sister is coming through! So basically San Antonio gets hits with a viral epidemic that starts wiping out everyone who sneezes. So what to do? What to do? Oh I know! Let's wall off the whole CITY! Yup. That will work. Let them start dying off in there. Let's fuck with their food supply. Let's kill their power. Riots and the what not all come into play. Why so scary? You remember Ebola, right? And how it hit Texas? I kept telling my friends the same thing... 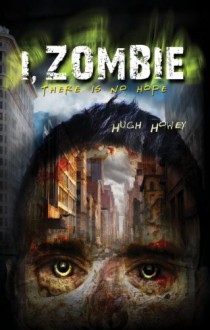 I don’t know where to start with the review. So I guess I’m going to start way back in time. To when I was 11. This should be titled why I am fascinated with zombies and vampires but not ghosts.
When I was 11 my father went to work in the morning. I remember him kissing me goodbye like he always did. It was early and the morning was still dark grey. He left. And he never returned. From then on I became obsessed with death. So much that I tried to kill myself the first time (when you say the first time, you know you got a problem!) when I was about 15. It was in the 80s and Gothic culture was underground and home made. Not like how you can go to the malls and get all your matching death outfit in one handy store. (note: I worked at that handy store for 8 years. I know the evil of which I speak!). Anyways. Let’s first talk vampires.
I became obsessed with vamps when I was 5. How do I know this? My fave Sesame street character was The Count. My father got me a subscription to Sesame Street magazine and I feel in love. But after his death, things changed. The world changed. I changed. My first true book was Anne Rice’s Interview with the Vampire. I was immediately fascinated with all the glitter. All the gold. All the living for eternity and all that wonderful life of the undead. I liked the idea of never losing anyone I loved. That they would live forever. That they would…never leave me.
Through the years I turned that obsession into ‘non fiction’ books of vampires and all its kin. I drank up lore and myth of all cultures. I was enthralled with the live forever. Look young forever mentality. Think Lost Boys.
Well let’s skip ahead to zombies. I have a fear of zombies. Fear in the way you have fears of real honest to goodness spiders and mice and things you can’t see but are indeed real. Are possible. When I was 14, Day of the Dead was released. Yeah, I’m an old fart. My mother took me and my best friend to see it at a movie theater. I remember the day like it was yesterday. Seriously. Trauma will do that to you. I remember sitting there with my tub of popcorn. Giggling. Talking to my friend. Whispering. And then this movie fucked my shit up for life. How? Well horror movies all take place in dark universes. Everything is dark when Freddy comes for you. It’s dark as hell with no good power source in all those Jason movies. Bad films of the 80s all took their evil into the dark corners of the world. But this movie was happening in BROAD DAYLIGHT! Who does that? What is wrong with the world?! Safety is in the day. You beat out the monster all night so you can live in the day. We all know that! Vamps can’t get you in the day. But zombies? Oh they get you in the day. They get you everywhere. They even get you in the mall while you are shopping for those cool jeans for back to school. Some sales lady takes a chunk out of your chubby arm and you are fucked.
Zombies terrify me. Why? Because the thought of dying is not bad. It’s the thought of being stuck in there. Being one of them. Knowing what you will become. It’s hell. I always think what would I do if my father came out of the grave toward me? Would I be that bad ass woman who gives him a metal kiss between the eyes? Or that one that reaches with arms outstretched…calling…’daddy’. The dead should stay dead. The other side of the vampire myth. The truer side. The side they don’t tell you about. What it takes to be not dead. Not alive. That limbo in Dante’s Inferno. And that it’s not what if you become on of those things. It’s when. That inevitability. That train you look down knowing it’s coming. It’s coming for you. And there is no amount of right decisions that will keep you from becoming one of them. That complete loss of control. Of Identity. Of will.
I keep arguing which is worse. To be in a world where you know one day it’s a wrong step. A too slow. A bad move. And you are being chomped on by your neighbor. To live in a world that you constantly aren’t safe in. Or being trapped inside that zombie body. Where you don’t just become one of the undead and you go to heaven. No. You are there. Inside. Stuck. Aware. And all you want is to put your arms out in that zombie pose and walk towards your next meal. But inside that’s not what you are doing. Inside you are hoping. You are praying. You are pleading that they will kill you. You are trying to reach out to their gun. You aren’t safe. Alive. Dead. Undead. I’m not safe. I haven’t felt safe since my father left me. But the though of him coming back for me makes it worse. Makes it a hell I attach myself to. All fictional writings of zombies it’s always me as the lone survivor. And him as the zombie coming towards me.
Read more
2014 Audiobook List
Like Reblog Comment
show activity (+) 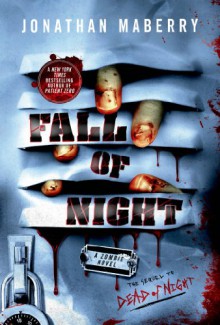 So it's zombie talk! You know how I love the zombies. Lemme break it down for you. As usual I won't talk about what this book is. If you are a fan, then you already know. If not, check out the other reviews. This is once again the FEELINGS edition of reviews. Where I tell you  how it made me feel. If the ride was worth it. And would I go on it again. HELL YES! 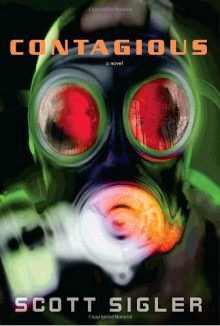 Oh man. So I finished this audiobook today. The last hour on the bus ride to work. By the last 5 minutes I actually had full blown goose bumps running up and down my arm like electricity. And my face was an emotional mess of trying to hold back all the feels. ALL THE FEEL!S