Log in with Facebook
or
Wrong email address or username
Sign up
Already on BookLikes? Log in!
Incorrect verification code
Please, check your email, the code to access your BookLikes blog was sent to you already.
Enter code:
« Back Send
back to top
Search tags: 2015-read-by-the-month-reading-challenge Is It Really the End?

I didn't read a book that was the last written by an author, but the first book in the False Memory series by Dan Krokos should have been the last he wrote in that series (though he'd have to have figured out a way to end it there).

I rated that series:

Not the way I want a series to go, for sure! Ok, so here go my books for November:

This describes most of my books:

The Mirror Cracked from Side to Side (Agatha Christie) - I would spoil the book if I described what the characters aren't thankful for but it does motivate the plot.

Trumpet (Jackie Kay) - was a phenomenal book about grief and people coming to terms with loss. One of the main characters is a rather selfish young man who in the course of the book has to examine his life - his anger towards his parents is expressed mostly in ingratitude.

Again, so many books would fit but I'm going to have to go with

Out of Africa (Isak Dinesen/Karen Blixen) - simply because I cannot stand her.

Pretty much all books - again, but this month in particular

Trumpet (Jackie Kay)
Cha-Ching! (Ali Liebegott) - she writes the most humane characters. I love hanging out with them even if they all have their failings.

Public Libraries and other Stories (Ali Smith) - Smith pulled it off again in her latest book. There is one story in particular that threw me - it's where she describes a friend of hers who died of an illness as a valuable painting that has been stolen by art thieves. It is brilliant, moving, and totally out there (again, like most of her work).

(The short story is available for free here, btw: http://www.newstatesman.com/culture/fiction/2015/10/and-so-new-story-ali-smith)

Public Libraries and other Stories (Ali Smith) - see above, but what better way to pay tribute and be thankful for having known someone than to compare them to a work of art?

Run (Ann Patchett) - In an understated way, all the characters are thankful for who they are and what opportunities they have. 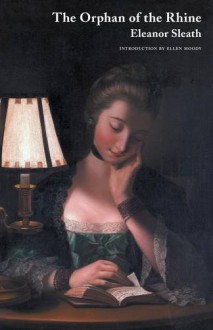 October ~ Just For The Thrill Of It
I read a book for prompts:
1 ~ with characters disguised in some way.
Honorable Thief / Martha Kirkland ~ 10/8/15
(She pretended to be his wife; he pretended to believe they were married.)
3 ~ with characters who are scared or scaring someone else.
Orphan of the Rhine / Eleanor Sleath ~ 10/8/15
2015 read-by-the-month reading challenge
More posts
Your Dashboard view:
All Reviews Text Photo Quote Video URL Activities
Liked posts Top Tags
Press About Terms of Services Privacy Policy Contact Us Blog FAQ Patronaty medialne BookLikes for Authors Partners panel more...
Team Themes Docs API Blogs
Copyright © 2022 BookLikes