Log in with Facebook
or
Wrong email address or username
Sign up
Already on BookLikes? Log in!
Incorrect verification code
Please, check your email, the code to access your BookLikes blog was sent to you already.
Enter code:
« Back Send
back to top
Search tags: 2016-netgally 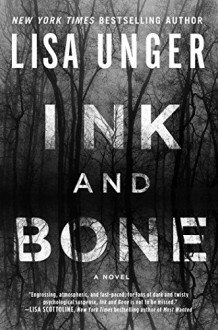 Read this bestselling “instant page-turner! A race-against-the-clock thriller” (Lisa Gardner) which readers voted a Best Book of 2016 finalist in the Goodreads Choice Awards.

Twenty-year-old Finley Montgomery is rarely alone. Visited by people whom others can’t see and haunted by prophetic dreams, she has never been able to control or understand the things that happen to her. When Finley’s abilities start to become too strong for her to handle – and even the roar of her motorcycle or another dazzling tattoo can’t drown out the voices – she turns to the only person she knows who can help her: her grandmother Eloise Montgomery, a renowned psychic living in The Hollows, New York.

Merri Gleason is a woman at the end of her tether after a ten-month-long search for her missing daughter, Abbey. With almost every hope exhausted, she resorts to hiring Jones Cooper, a detective who sometimes works with psychic Eloise Montgomery. Merri’s not a believer, but she’s just desperate enough to go down that road, praying that she’s not too late. Time, she knows, is running out.

As a harsh white winter moves into The Hollows, Finley and Eloise are drawn into the investigation, which proves to have much more at stake than even the fate of a missing girl. As Finley digs deeper into the town and its endless layers, she is forced to examine the past, even as she tries to look into the future. Only one thing is clear: The Hollows gets what it wants, no matter what.

Why: because it was even better this time around ,glad I picked it back up in the new year

Challenge: ARound The Year In 52 Books:

Week 1: read a book from the Goodreads Choice Awards list 2016 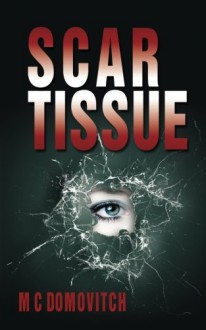 When successful model Ciara Kelly wakes up in hospital, remembering nothing of the weeks she has been missing, her only clues are the ugly words carved into her skin. According to the police she was a victim of the Cutter, a serial killer who has already murdered three women. For her protection the police and her doctors give a press conference, announcing that because her amnesia is organically caused, her memory loss is permanent. But, whether her memory returns or not is anybody’s guess. Overnight, Ciara’s glamorous life is gone. Her scars have killed both her modelling career and her relationship with her rich boyfriend. With nothing to keep her in New York, she returns to her home town of Seattle, moves in with her sister and goes about building a new life. But when her sister lets it slip that Ciara’s memory is returning, the killer comes after her again. If Ciara is to stay alive, she must keep one step ahead of the Cutter

What did I think of it:
5 stars
This book was a hole lot better then I thought it was going to be, right from the start it had me hooked and pulled in to the story ,so much so that that I had to keep reading , just could not stop reading even if I wanted to, it mad you feel every thing that Ciara went though , plus it keeps you guessing on who would want Ciara out of the way , this is a must read ,once again I have to say that did its job so well that it kept me pulled in to the story to the ever end,and kept me guessing though out the story because of the conflicting clues , plus I liked how it was told though out the story.With that said  I would love to say thinks to Netgalley for once again giving me a chance at reading a really great book, in a change for my 100% honest opinion, 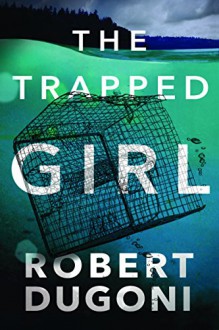 When a woman’s body is discovered submerged in a crab pot in the chilly waters of Puget Sound, Detective Tracy Crosswhite finds herself with a tough case to untangle. Before they can identify the killer, Tracy and her colleagues on the Seattle PD’s Violent Crimes Section must figure out who the victim is. Her autopsy, however, reveals she may have gone to great lengths to conceal her identity. So who was she running from? After evidence surfaces that their Jane Doe may be a woman who suspiciously disappeared months earlier, Tracy is once again haunted by the memory of her sister’s unsolved murder. Dredging up details from the woman’s past leads to conflicting clues that only seem to muddy the investigation. As Tracy begins to uncover a twisted tale of brutal betrayal and desperate greed, she’ll find herself risking everything to confront a killer who won’t go down without a deadly fight. Once again, New York Times bestselling author Robert Dugoni delivers a taut, riveting thriller in the fourth installment of his acclaimed Tracy Crosswhite serie What did I think of it: 4.5 Even though this is book 4 in the series ,and I've never read anything by this author before I'm glad that I went a head and picked it up, it kept me pulled in to the story to the ever end,and kept me guessing though out the story because of the conflicting clues , plus I liked how it was told though out the story.With that said would love to say thinks to Netgalley for once again giving me a chance at reading a really great book, in a change for my 100% honest opinion, 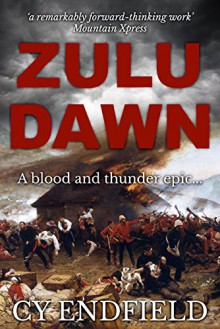 22 January 1879. Across the slopes of Isandhlwana, there came the sound of thunder.

Their aim: to subdue a proud and unyielding warrior nation.

But what starts as an imperial adventure turns into one of the bloodiest episodes in African history. It becomes a struggle to the death between Chelmsford’s Redcoats and a fearsome army of fifty thousand Zulus, fighting for their nationhood and birth right.

Lieutenant William Vereker is young, light-hearted and keen for war.

However, seeing the torture and slaying of Zulu warriors at the hands of his comrades hits Vereker hard.

Yet his determination to fight for his Queen and Country is unwavering.

Lieutenant Coghill firmly believes in the great destiny of the British Empire, whilst his close friend Lieutenant Melvill thinks the army need to get the Zulus before the Zulus get them.

What did I think
5 stars
Frist off I have to say I can't believe that I didn't know this book was a round to read, because I grew up watching the movie , in fact its one of my all time favorites to watch, for those who don't know there's a movie called Zulu Dawn that came out in 1978 , here is a link to see what I'm talking about:
https://www.youtube.com/watch?v=gu8usgmMzDQ
I do have to say that while its kind of like the movie is all so different in a lot of ways. Its captivating and while its not a casual type of read it is a like into the history of the Zulu's and their way of life , if you've seen the movie then you have to pick up this book and read it for yourself and if you haven't done either then you need to do both. With that said would love to say thinks to Netgalley for once again giving me a chance at reading a really great book, in a change for my 100% honest opinion,

review 2016-11-04 23:56
it's a hole lot better then the first book, it's more hair- rasing, disturbing and the spriders are more menacing and threatening then before as well 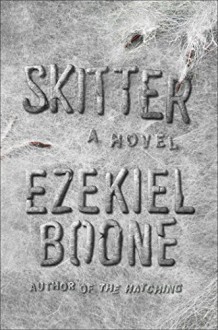 Tens of millions of people around the world are dead. Half of China is a nuclear wasteland. Mysterious flesh-eating spiders are marching through Los Angeles, Oslo, Delhi, Rio de Janeiro, and countless other cities. According to scientist Melanie Gruyer, however, the spider situation seems to be looking up. Yet in Japan, a giant, truck-sized, glowing egg sack gives a shocking preview of what is to come, even as survivors in Los Angeles panic and break the quarantine zone. Out in the desert, survivalists Gordo and Shotgun are trying to invent a spider super weapon, but it’s not clear if it’s too late, because President Stephanie Pilgrim has been forced to enact the plan of last resort: The Spanish Protocol. America, you are on your own.

What did I think
5 stars
OMG Ezekiel Boone has done it again, I didn't think that anything even if it is book 2 could beat his first book in this series The Hatching, but this one has, it's a hole lot better then the first book, it's more hair- rasing, disturbing and the spriders are more menacing and threatening then before as well, it'll keep you setting on the edge of your bed or set, make you jumpe at every little touch and if your not a tad bit afraid of spiders before then after this you will be, can't say anymore then that because you need to pick up both of the books to see what I mean, with that said I would love to say thinks to Netgalley for once again giving me a chance at reading a really great book, in a change for my 100% honest opinion, and believe me when I say I'm diffently looking forward to picking up both books when I can and that I cant wait to see what happens next.