Log in with Facebook
or
Wrong email address or username
Sign up
Already on BookLikes? Log in!
Incorrect verification code
Please, check your email, the code to access your BookLikes blog was sent to you already.
Enter code:
« Back Send
back to top
Search tags: Break 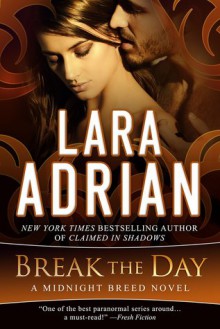 It was so good to get back to the Breed and to Rafe, who felt like he had a lot to make up for since the last time we saw him when he fell for the Opus operative. Devony also has an agenda and it doesn’t include this Breed male coming and interfering with her plans to get at Opus Nostrum for what they did to her family. The story was fast paced and passionate. The conflict was great and had several surprises that kept it interesting and not predictable. When she learns the truth, Rafe has a lot to make up for and that made for some really good reading. From start to finish it was an awesome read, I loved every second of it.

With travel plans cancelled, I decided to host spring break on my blog this week. Here are the posts if you're interested in some virtual travel. 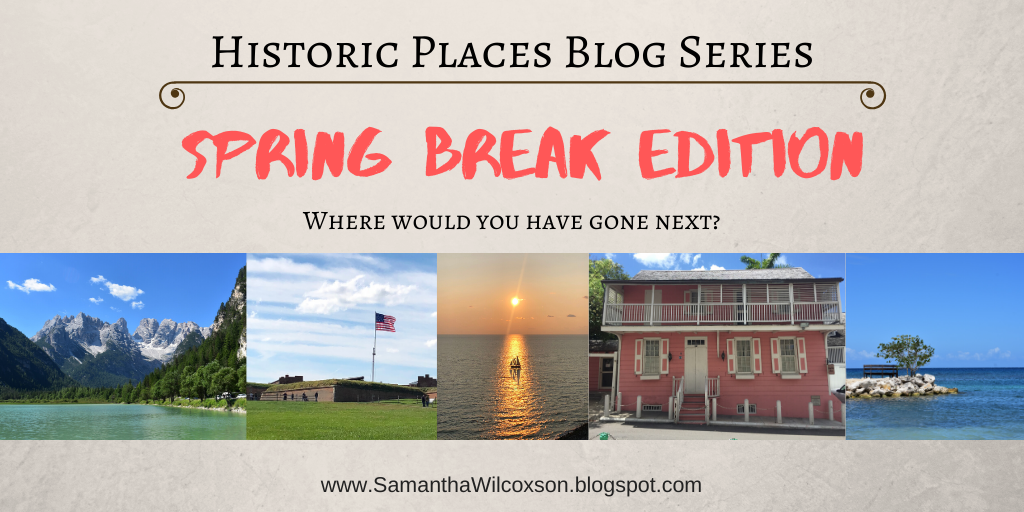 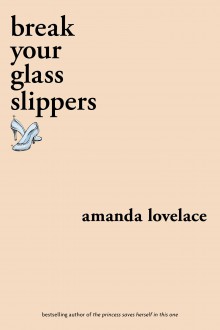 I’m not an experienced poetry reader but this year I’m trying to branch out towards other genres, and the theme of Break your glass slippers resonated with me, so I wanted to give it a try. The message of female empowerment is great and it comes across strongly.

I also really liked the aesthetic of the book. Some nice drawings and interesting page settings. The lack of capitals for me took some getting used to. The story of Cinderella is taking as the base of the poems, which had a modern style where everything is discussed directly, which I quite liked.

I guess this was my favorite one:

there is nothing
unfeminist
about the girl
who chooses
the ball gown
& the prince.

there is everything
unfeminist
about those
who try to
shame her for
her choices. 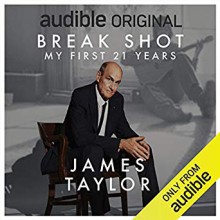 With this type of behaviour the relationship never has a chance to heal and move forward. The lack of emotional feelings in one’s relationship will never grow deeper, will never gain security, nor evolve to a level where both can feel absolutely supernatural together.

When positive emotions are suppressed by the negative emotions then we start guarding our feelings, and this act of self-protection will never allow our hearts to open up and trust completely.

This kind of approach will end up with couples who stay together not because they’re sharing a relationship filled with love, mutual understanding, and respect, but “because of the children” or “for financial reasons”.

Let us understand the negative emotions and their impact on relationships.

❒ Signs of Breakup in a Relationship 1 Hurt

We behave awkwardly with our negative emotions; it is an act of misbehaviour, causing an emotional wound. This could be of any height from an insensitive comment to the height of unfaithfulness, but the most hurtful aspect of the other person’s lack of sincere apology or regret.

When things remain unresolved, then this hurt changes into harsher emotions, which take a leap towards bigger negative consequences of fear.

❒ Signs of Breakup in a Relationship 2 Afraid

When hurt grows bigger it often turns into fear, and this is where the mind clouding effects start to take over. Fear in itself is a survival mechanism, it stops one from taking bold steps, and this mindset is only the cause to make one afraid of the cliff, afraid of the poisonous snake, afraid of the giant bear, afraid of getting hurt etc.

The main purpose of fear is to take control of our minds and drive our actions into a protective attitude. This is only the emotion that could lead one into a fight or flight state, if one’s emotion is paralysing the brain with negative thoughts then one will look for an escape route. If, one gives enough time and does not escape then this self-protective emotion will change into a stronger, more powerful form and will come out of the “dangerous” situation.

With dense negative emotions one will overlook the goodness in the relationship and try to “fix” the emotional pain, which give birth to Anger.

❒ Signs of Breakup in a Relationship 3 Anger

As already said anger is usually a by-product of fear. For instance, if one happens to have his car stopped on the highway then what one would experience at that particular moment. Immediately one becomes fearful before getting annoyed.

So, anger gets accompanied by the fear. Similarly one gets the anger over the inability to feel good in the relationship, begins to create offensive pranks for self defence. One’s attitude of How can one protect self becomes How can one make the use of anger, one tries to create offensive prank so painful to the partner from where they can never think of doing it again. Then this continuous behaviour suspends the brain and gives birth to revenge.

❒ Signs of Breakup in a Relationship 4 Revenge

With the misbehaviour of bombarding angrily repeatedly, one may begin to look for opportunities to enact offensively with the partner without his knowledge that you are the only one creating blast on him. Later when the partner comes to know about it then one gets surprised. The whole matter helps in building the negative emotions in the partner which will refresh the whole situation of feeling hurt, fear, and anger. In return the partner will withdraw emotionally for the misbehaviour caused by one and they put up their own defences. They start conversing angrily, trying to deal with their own newly wounded emotions. With this controversy both of them moves into another phase of Defensiveness.

❒ Signs of Breakup in a Relationship 5 Defensiveness

People can never admit when they go wrong, because the brains always guides one that you have good strength of people within societies to help you in all matters. Basically, it becomes much easier to survive when many people contribute to acquire resources like food and shelter, and protection from alleged threats for you.

Because of this the brains gets adapted to overlook the faults within self and this gives a sense of “perfection” so one thinks to be perfect and never doubt the self ability of adjustment with others. This is the reason positive change doesn’t happen because we never look to identify real, concrete solutions. Instead, we often live in illusions and this behaviour gives birth to another strong negative emotion called as blame.

❒ Signs of Breakup in a Relationship 6 Blame

Blame is the most powerful negative emotion on the spectrum because it doesn’t give a chance to change the outcome. It becomes very easy if one puts all the power for a better relationship solely on someone else’s shoulders. Though one’s action to blame others may be taken as a compensation for the hurt, then the other disciplinary behaviours of one will have no effect on the partner and ultimately it will not leave any positive impact on the relationship.

And in this way hurt, fear, anger, revenge, defensiveness, and blame keep cycling over and over and finally fall into hopelessness.

❒ Signs of Breakup in a Relationship 7 Hopelessness

This is the end for most relationships. When someone feels like nothing can be done to bring a change in the relationships, the pattern of negative emotions grows stronger and the hopelessness sets in, and partners truly give up on each other.

Now, each of them instead of planning a future together, begin to plan their strategies to depart from each other, thinking there exist no possibility of living together. Nothing is going to change now. This hopelessness can then breed hatred, and one begins to hate their partner’s apparently.

All the above negative emotions will lead to breakups

But always there lies the scope of transformation. We never know how things will work out in the future. Let the hope never die.

Apology and forgiveness is the first step towards healing the past pains one has created for each other.

Ways to Kick Away Negative Emotions

“Positive Attitude Is the Best Approach to Build Any Relationship”

when is the best time to break up with someone signs breaking up was a mistake how to know if a breakup was a good decision how to know when to break up
Source: www.flypped.com/breakup-ouch-here-are-some-signs-that-will-let-you-know-that-you-are-going-to-have-breakup/sex-relationship
More posts
Your Dashboard view:
All Reviews Text Photo Quote Video URL Activities
Liked posts Top Tags
Press About Terms of Services Privacy Policy Contact Us Blog FAQ Patronaty medialne BookLikes for Authors Partners panel more...
Team Themes Docs API Blogs
Copyright © 2022 BookLikes